Over the next decade the maritime sector is likely to see one of the largest changes since sail gave way to steam. Unmanned Surface Vehicles (USV) are now being considered for various marine roles and the drivers for rapid development are significant. 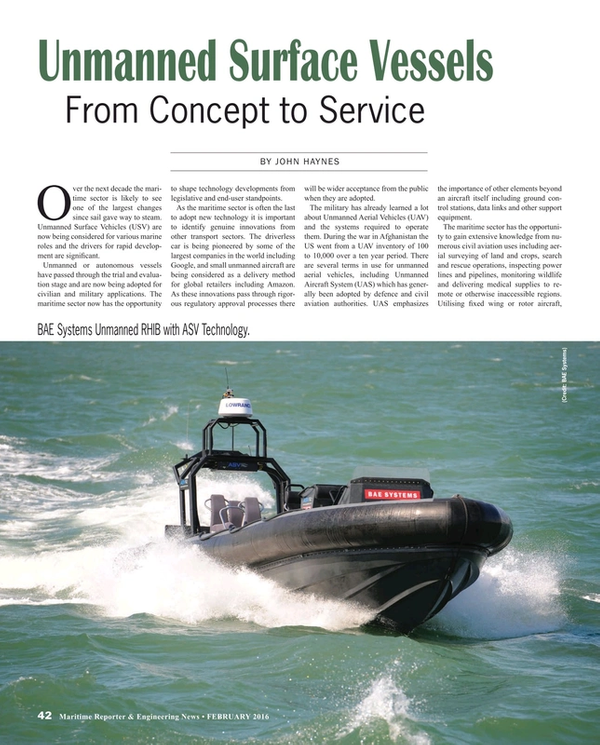