All sizes of MAN B&W two-stroke engines may also be specified for plants in which the propeller is de-clutchable.

In these installations, the engine can be operated for power generation at full speed with the propeller de-clutched at loads from 0 to 100% for prolonged periods. MC/MC-C and ME/ME-C engines applied in these plant configurations are designed for continuous operation in a flexible load range.

Much effort is being directed towards achieving optimal conditions with respect to load-carrying capacity and oil film build-up in this highly loaded bearing.

In the full speed-idle load mode, however, the upper shell of the crosshead bearing participates in the load-carrying process. 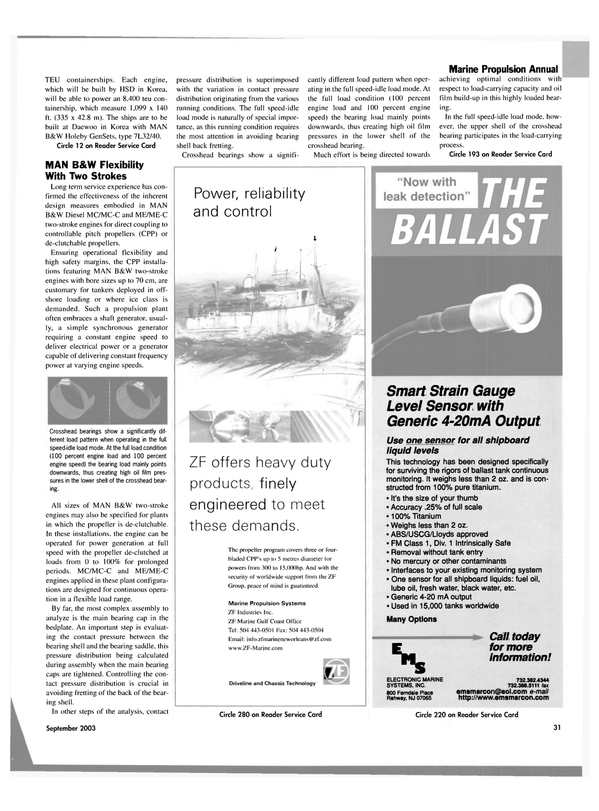