With a length of 377 ft. (114.9 m), a beam of 34 ft. (10.3 m) and a displacement of 7,800 tons, the Virginia, which is the first U.S. submarine designed to satisfy the requirements of regional and near-land missions in the post-Cold War era, was christened at Northrop Grumman Newport News on August 16, 2003. The ship is also designed with a reactor plant that will not require refueling during the planned life of the ship - reducing life-cycle costs while increasing underway time.

The evolution of the new Virginia- Class began in 1998 when the U.S.

Navy awarded a $4.2-billion contract for the construction of the first four ships in the class. With Virginia designated as the premiere ship, it was designed by Electric Boat, the Virginia class is being built jointly under a teaming arrangement between Electric Boat and Northrop Grumman Newport News. 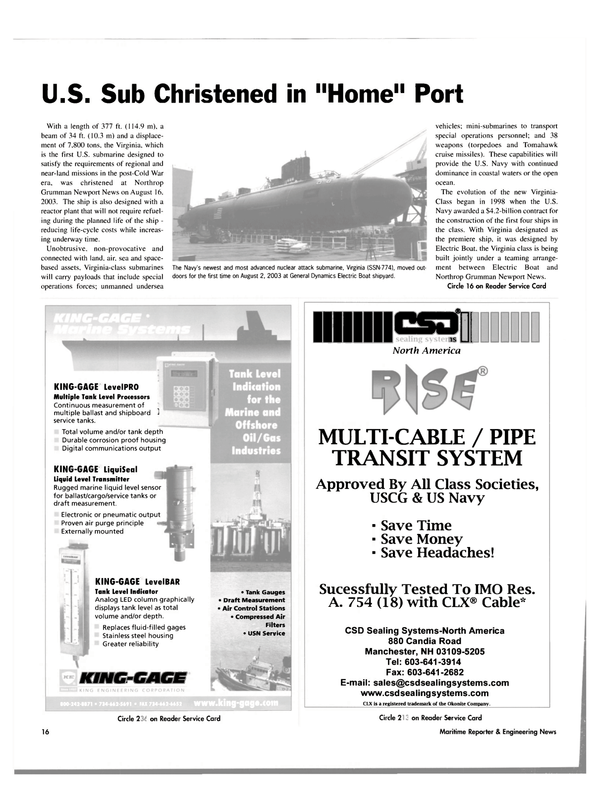