The workscope on Brasil for the Keppel Yard is significantly larger than Espardarte FPSO, which the yard previously set a record in 2000 as the most complex conversion — completed in a little more than 10 months.

The 256,712-dwt Brasil will be leased to Petrobras SA for deployment in the Roncandor Field in the Campos Basin off the coast of Brazil. The vessel, which is capable of handling up to 100,000 bpd of crude oil production and a storage capacity of approximately 1.7 million barrels, is on a very strict production deadline — according to shipyard exec- utives.

Keppel has also reached out to the Middle East market as a result of the integration of its offshore and marine businesses under its subsidiary -— Keppel Offshore & Marine. For the first time, Keppel's O&M yard, Arab Heavy Industries in Ajman, UAE, performed the repair of a jack-up drilling rig, Ekhabi, which was working in the Persian Gulf for its owner, Far East Marine Company. From Singapore, Keppel FELS supported and worked with AHI on the execution of the job for the rig. 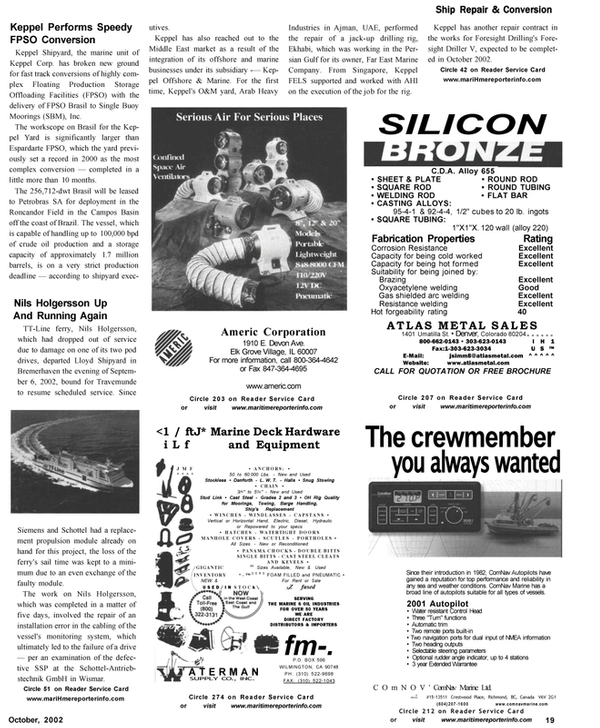