All signs point to a lucrative investment opportunity in Liquefied Natural Gas (LNG) carriers, as market demands for the product and improved production efficiency spreads around the world. There has been an increased effort on behalf of shipbuilders and ships equipment suppliers to design and build vessels and systems to maximize safety, effectiveness and durability of these unique ships. Profiled in the following report are brief updates on some of the more interesting projects.

Keeping Clean Scheepswerf Bijlsma is currently building what it terms the world's first Bi-Fuel LNG tanker. The "Kyoto" tanker will be built for the account of Knutsen OAS, Norway and will be delivered October 2003. The 226-ft. (68.8-m) ship derives its name due to its unique propulsion plant, an arrangement which is designed to help minimize the ship's impact on the environment by running on boil-off gas as well as diesel for back up.

The DNV-classed gas tanker is a double hull LNG tanker designed as a 2G type gas tanker, and is designed for a maximum speed of 14 knots, service speed of 12 knots. It is equipped with two Azimuth thrusters and one bow thrusters to deliver excellent manueverability. Model tests were done at the basin of HSVA Hamburg.

The vessel has four auxiliary engines, two diesel engines and two gas engines. The power capacities of all engines are about the same. As per regulation of class the vessel is equipped with two separate engine rooms.

Each Azimuth thruster is powered by a frequencycontrolled electric motor of 900 kW. During normal sailing condition the boil-off is enough for running the engines. If necessary, the cargo can be heated to get more boil-off. Two additional gas compressors are installed on top of one of the cargo tanks for pumping the gas into the engine room. The vessel is made for unmanned engine room.

The vessel is equipped with two cargo tanks, each with a capacity of 550 cu. m. The cargo tanks are made of stainless steel. The insulation of the tank is calculated to get boil-off suitable for running the main engine without spilling of gas. Each tank is equipped with two submerged frequency controlled cargo pumps. A nitrogen generator including a nitrogen tank is placed in the engine room for inerting all necessary spaces including cargo tanks. Cargo control can be done from the wheelhouse.

Plug and Play Another reported world first comes from France, where Alstom reportedly will be the first to install electric propulsion technology on an LNG carrier, a ship under construction at Alstom's Chantiers de l'Atlantique shipyard in France for the French utility Gaz de France.

No stranger to the use of electric propulsion onboard ship's Alstom has a long-history of placing this equipment aboard cruise ships, chemical tankers and other types of merchant and naval vessels. The innovative LNG ship, with a capacity of 74,000 cu. m., is scheduled for delivery to Gaz de France by the end of 2004.

It will be propelled through a variable frequency main propulsion system, via a gearbox. The electric drive principally consists of two 9,550 kW, 1,200 rpm synchronous motors, supplied by two synchroconverters associated with a propulsion control and monitoring system. Martin Murphy, Vice-President of Alstom's Marine & Offshore activity, said: "This new contract confirms the innovative capability of Alstom, based upon proven expertise and prestigious references in the field of marine electrical propulsion. Current and future LNG carriers will benefit from its reliability, flexibility and simple operation in addition to being the most cost-efficient propulsion solution available on the market." Stationary Object Mitsui & Co., Ltd. And IHI recently signed the formal contract for the construction of a LPG FPSO vessel for Single Buoy Mooring Inc. of Monaco. The FPSO vessel will be used for the Sanha Condensate Project at the Cabinda Block-0 located off Angola.

The project is operated by a major oil group consisting of Sonangol, ChevronTexaco, TotalFinaElf and Agip.

Scheduled for completion from the IHI Kure Shipyard in mid-2004, this will reportedly be the world's first newbuilding of a FPSO vessel for liquefied gas, and will have a daily production capacity of 6,000 cu.

The vessel is designed for continuous operation for 20 years without drydocking, and will include LPG storage tanks and LPG production plants such as gas separators, gas refrigerators, and boil-off gas reliquefaction units on the upper deck.

The IHI SPB tank system (Self-supporting, Prismatic- shape, IMO Type-B) will be used for the storage tanks of the new LPG FPSO vessel, which is durable against the low temperature of LPG minus 50 degrees Celsius.

Mitsui and IHI delivered the world's first purposebuilt LPG FSO vessel, Escravos LPG FSO, for the Escravos Gas Project (Phase-I) operated by Chevron- Texaco in 1997. It has been operated for five years without any downtime. 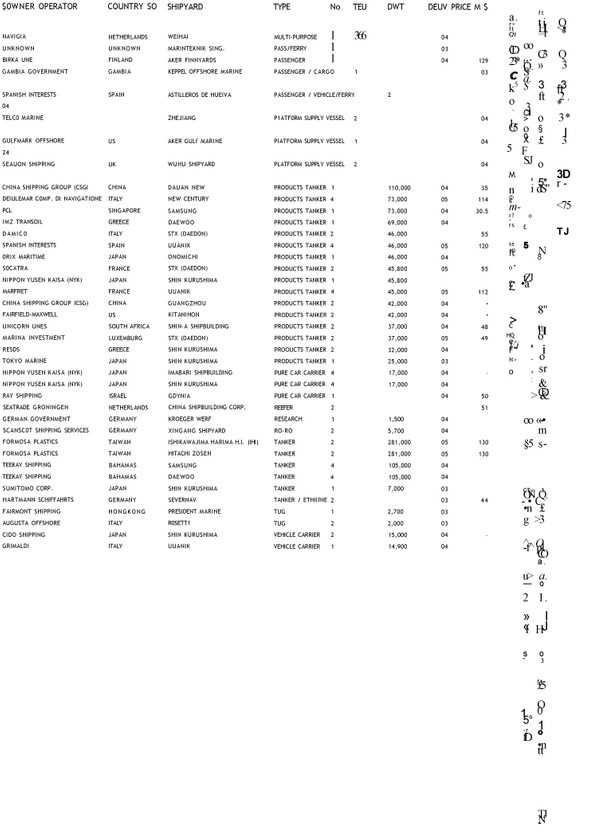