The Port of Houston was the scene of festivities aboard Rickmers Hamburg last month as Rickmers representatives and customers alike celebrated the success of the Superflex Heavy MPC (multi-purpose container carrier) vessel's maiden voyage.

Delivered June 20, Rickmers Hamburg's trip has taken her from Shanghai via Masan (South Korea) to Hitachi (Japan) and from there to the East Coast of North America. It was while on this stage of its voyage that she stopped off at the Port of Houston.

Following the party and loading of U.S. exports, she will return to the Far East where she will join Rickmers1 Round-the-World service. Her subsequent eastbound voyage will take her via the US once again. This time she will proceed to Europe, however, and is expected in Hamburg in November of this year, where additional festivities will commence.

"The highlight of the party was the discharging of a 242 ton generator, lifted by one of the vessel's four cranes. The largest of these are rated at 320 tons and can be twinned for lifts of up to 640 tons.

This cargo operation was an impressive demonstration of the vessel's capabilities." 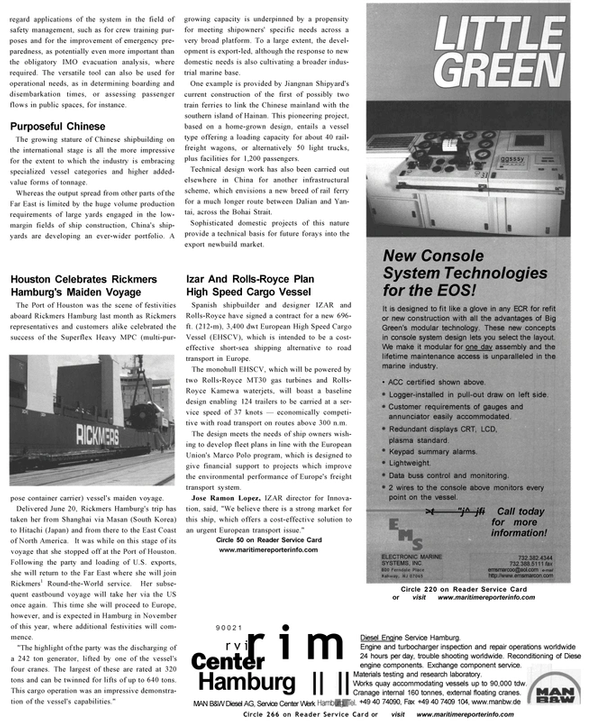