The principle commissioning address was delivered by Rear Adm. John B. LaPlante, Vice Director for Logistics on the Joint Staff. Other speakers at the ceremony included Rear Adm.

The USS Ashland is the fifth of the LSD-41 Class Dock Landing Ships delivered to the Navy by Avondale Shipyards of New Orleans. The first ships of the new class, the LSD Cargo Variant (CV), are currently under construction at Avondale.

Ashland takes its name from the Kentucky home of Henry Clay and is the second ship in the U.S. Navy to bear this name. She will be homeported in Little Creek, Va.

In other company news, Avondale was recently recognized as one of the safest shipyards in the U.S. Avondale has been awarded, for the second consecutive term, the OSHA Star Award, and is the only shipyard in the country that is involved in the OSHA's Voluntary Protection Program.

For free literature detailing the shipbuilding services of Avondale, 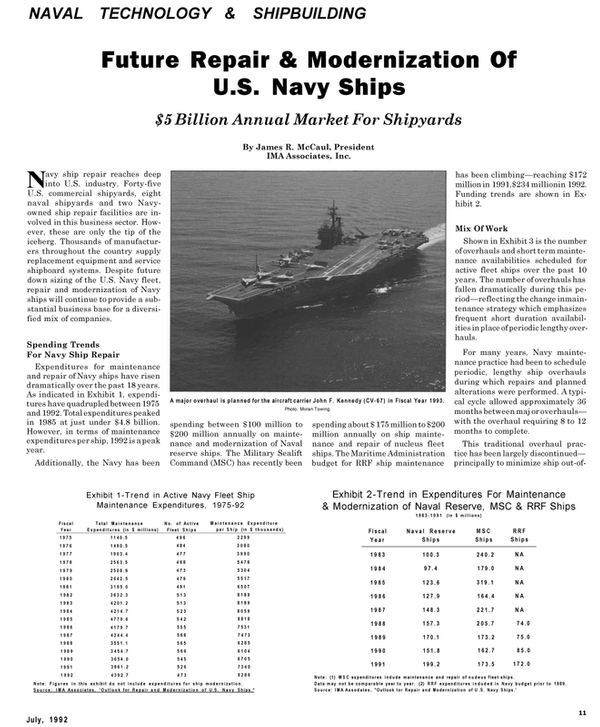