The Voith-Schneider-propelled double-ended Dutch ferry Molengat has been operating successfully between Den Helder and the North Sea island of Texel, Holland, for about 10 years. Due to the increase in traffic on this route, the operator of the line has ordered a new ferry with approximately 30 percent more capacity, to be built at Verolme Scheepswerft, Heuseden B.V.

The new vessel, with an overall length of 362.5 feet, breadth of 59 feet and draft of 12.5 feet, is also to be powered by Voith-Schneider propellers.

It will be able to carry approximately 250 cars on two decks, and about 1,500 passengers.

Since larger propellers were not to be used because of the draft, an unusual type of propulsion system for VSP double-ended ferries, with four propellers, was adopted: two at either end of the vessel. The propellers are controlled from the bridge by means of the electronic control system developed jointly by Voith and Siemens. To facilitate operation, two propellers are combined in one transmitter unit and controlled as one unit.

Each propeller is driven by two three-phase AC squirrel-cage motors, each developing 625 kw at 1,500 rpm synchronous rotational speed, arranged in tandem. The motor output shaft is connected to the input shaft of the reducing gear unit, which is flange-mounted on the propellers, by means of hydraulic couplings with deceleration chambers. On reaching the operation speed, the coupling connects rigidly. The open water speed wil be approximately 14 knots. 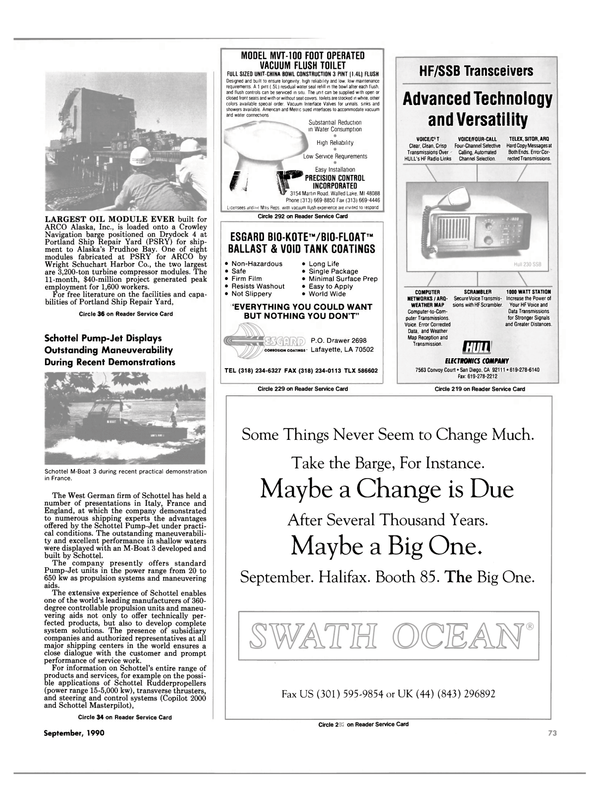