NAVY TO SPEND $5.9 BILLION OVER NEXT TWO FISCAL YEARS IMA has recently published the 17th in a series of business reports on U.S. Navy ship maintenance and modernization. These reports detail future ship maintenance plans and examine the impact of scheduled changes on the industry workload.

Excerpts from the latest report are provided in this article.

Homeport Restricted Work An important consideration is the extent to which future work will be restricted to homeport area shipyards.

The Navy generally restricts depot maintenance which can be completed within six months to shipyards in the homeport area.

Yards outside the homeport area are not invited to bid for the contract.

However, in contrast, homeport restricted scheduled drydockings will grow 10 percent in Norfolk, 17 percent in Charleston and 20 percent in Mayport.

Ship Retirements As a result of the ongoing DOD review of defense requirements, the Navy active fleet will be substantially downsized over the next several years. According to recent reports, DOD plans to reduce the number of aircraft carriers from 14 to 12—and reduce the size of the Navy deployable forces from 542 to 488 ships over the next five years.

Included in this reduction is the retirement of FF 1052 Class of frigates, 46 ships in all.

Exhibit 2 lists ship activations and retirements planned for FY 1990 and FY 1991. Additional retirements could take place in FY 1991 due to budget pressures. Particularly noteworthy are the planned retirements of two relative- ly modern attack submarines. The Navy, in 1991, plans to retire the 24- year-old Queenfish and 21-year-old Sea Devil. These submarines normally have a 30-year operating life.

IMA can provide an analysis of the future Navy ship repair market tailored to your specific requirements.

IMA has been tracking this business sector for 14 years—and has a unique capability to identify likely developments and assess their impact on a company's business base. 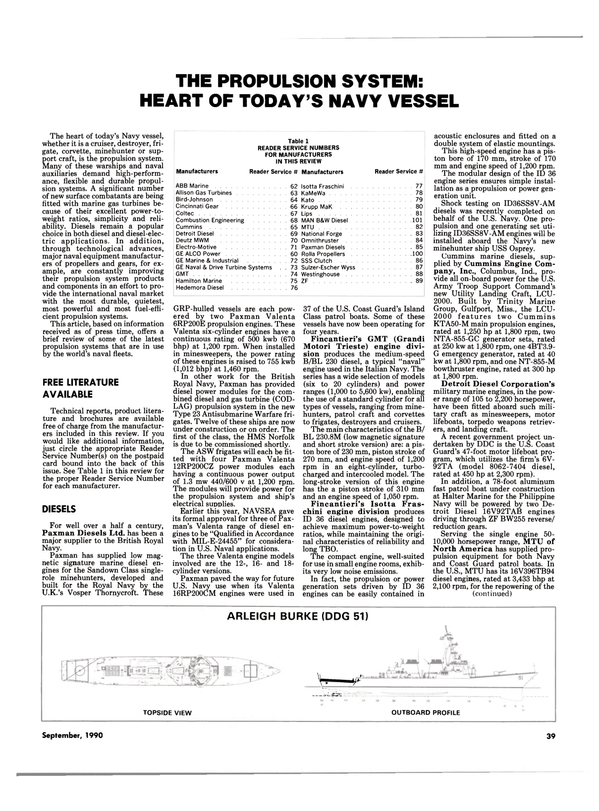