In its 30 years, Elliot inflatable life rafts have been instrumental worldwide, in saving hundreds of lives at sea. Originally manufactured in Wales, the Elliot life raft was brought to the U.S. in 1958, where it underwent extensive design changes for U.S. Coast Guard and SOLAS testing and approvals. Elliot was awarded USCG and SOLAS approval in 1960.

Elliot has passed the latest USCG and SOLAS 1983 amendments as one of the first U.S. inflatable life raft manufacturers to have approval for its full line of inflatable life rafts, including its 25-person davitlaunched life raft. Also, in 1988 and 1989, the company became the only U.S. manufacturer to obtain multinational SOLAS 1983 Amendment approvals, including the Canadian Coast Guard, U.K. Department of Transport, USSR Register of Shipping, Portugal IGN, and Government of Argentina.

SEACO/Elliot recently introduced its line of new reversible life rafts or platforms and it is the only U.S. manufactured platform with USCG and Canadian Coast Guard approval.

For further information and free literature on SEACO/Elliot, Circle 39 on Reader Service Card 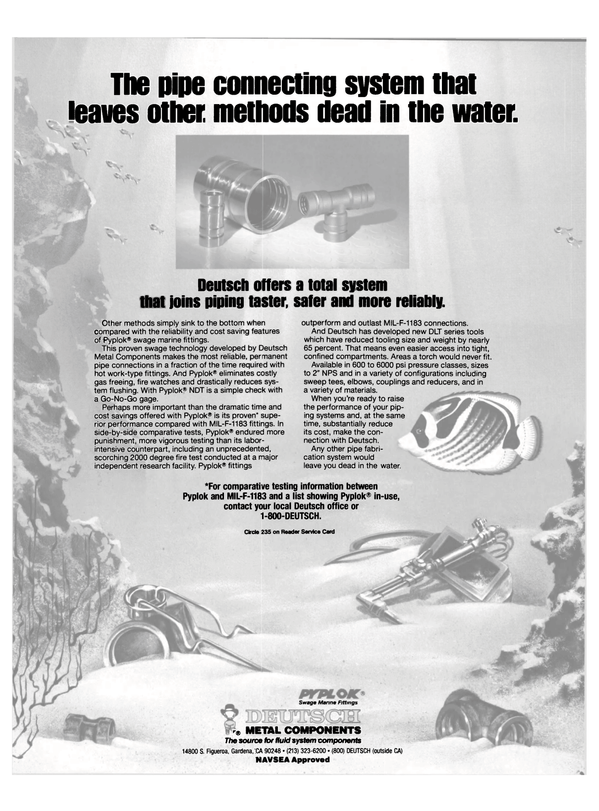