Mitsubishi Heavy Industries (MHI) recently held a ceremony at its Kobe Shipyard & Machinery Works to christen and launch the expedition cruise ship Frontier Spirit. The vessel is scheduled to be delivered to Frontier Cruises, Limited, in October of this year.

The 6,700-ton Frontier Spirit has an overall length of 365.8 feet, breadth of 55.7 feet, and capacity for 184 passengers. Propulsion is provided by two Daihatsu main diesel engines with a power output of 3,300 hp at 720 rpm, providing a maximum crusing speed of 16.6 knots.

Frontier Cruises was established last year as a joint venture company between MHI, Nippon Yusen Kaisha (NYK), Mitsubishi Corporation, Salen Lindblad Cruising in the U.S. and Hapag Lloyd in West Germany to offer expedition cruises to exotic destinations in the world such as the Arctic and Antarctic areas and Amazon River.

Unlike luxury cruise ships, the Frontier Spirit will have a capability to cruise frozen sea and be equipped with equipment and facilities necessary for expeditions, such as a heliport and landing boats. The ship has 82 large cabins with closets designed to hold clothes necessary for such special expeditions.

For free literature on the facilities and capabilities of MHI, <• Circle 243 on Reader Service Card 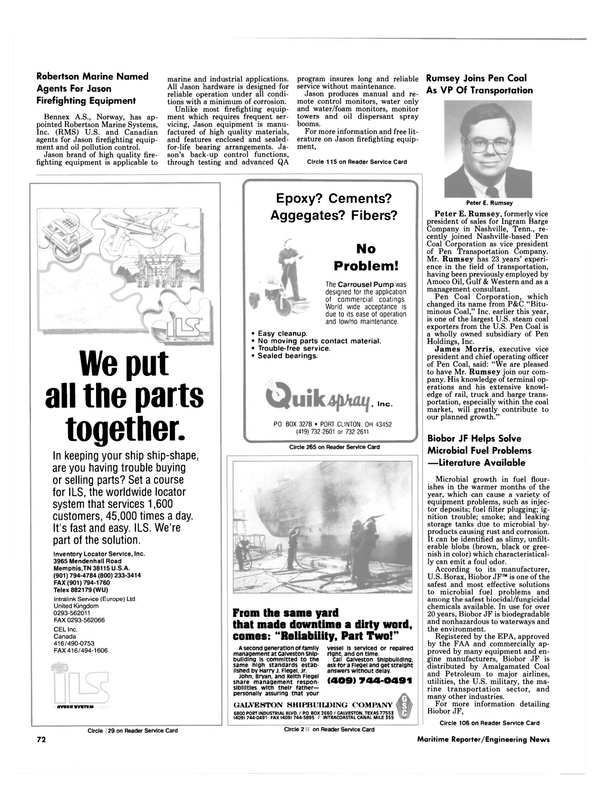