Moss Point Marine, Inc., Escatawpa, Miss., a member of the Trinity Marine Group, has delivered the Moku Ahi, a 110-foot fire boat, custom- designed for use in the Honolulu Harbor.

The vessel is equipped with four water monitors or nozzles with a collective capacity of up to 12,000 gallons per minute of water and foam.

One of the fire monitors is located atop a telescoping tower which can rise 50 feet above the water to allow placement of a stream on the deck of a large ship in ballast.

The Moku Ahi was designed by Guido Perla & Associates, Inc., Seattle, based on results of a study commissioned by the State of Hawaii, Department of Transportation.

That study, which included the option of refurbishing the 35-yearold Abner T. Longley, built for the same service, concluded that a new vessel should be built to protect major hazard areas in and around Honolulu, including tank farms, wooden piers, flammable cargo within the commercial port, nearby yacht and private vessel moorages, offshore anchorages and a new oil unloading facility at Barber's Point, over 17 miles from the fire boat station inside Honolulu Harbor.

While the latter was considered too far away to receive first response coverage from the harbor, it did add a requirement that the boat would be capable of operating in the open ocean.

Propulsion and pumping power is provided by two Detroit Diesel 16V92TA engines developing 1,100 horsepower at 2,100 rpm. They drive fixed-pitch propellers through Twin Disc marine transmissions. A 3,500-gpm fire pump is driven off of each propulsion engine through a Fawick air clutch.

Starting, operating, and stopping of the propulsion, electrical, and firefighting systems is automated for control from the wheelhouse, and the vessel and all systems can be operated by a crew of two.

For free literature on the facilities and capabilities of Moss Point Marine, Circle 54 on Reader Service Card 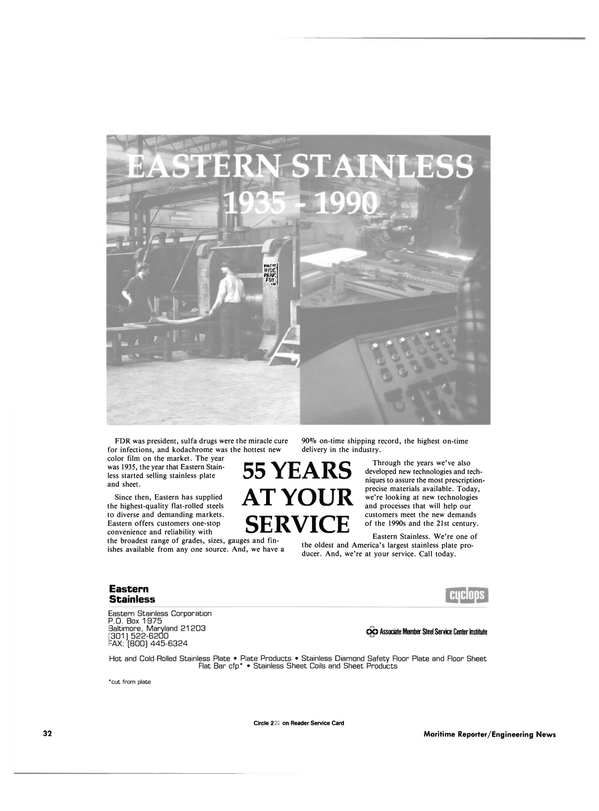