The House Armed Services Committee recently completed its markup of the Fiscal Year 1991 (FY 91) Defense Authorization Bill, recommending most of the administration's requests for Navy shipbuilding and conversion intact.

The committee approved the amended defense budget request of $1.24 billion for one Trident SSBN ballistic missile submarine, 18th in the class, but deleted the Administration's request for $143 million for advanced procurement for the 19th and 20th Trident. The committee instead proposed the termination of the program with the 18th sub.

The committee approved the procurement of five DDG-51 Arleigh Burke Class Aegis destroyers in FY 91 at a cost of $3.56 billion.

Although the committee's report recommended the delay of the Administration's request of $268.1 million for three coastal minehunters (MHC), indications are that Congress will fund the three vessels in its FY 91 authorization.

Good news for U.S. private shipyards is that the committee established a sealift program to build commercially viable cargo vessels which could be used for military purposes during national emergencies.

The committee directed the Secretary of Defense Richard Cheney to establish the military features required and MarAd to specify the overall design of the ship to ensure its commercial viability.

At present, there is $375 million available in FY 90 appropriated funds for fast sealift construction.

The recommended design for the ships is a diesel-electric-powered, hatchless convertible containership.

When the ships are completed, they will be chartered by the Navy to U.S. ship operators under competitive bidding.

The House Armed Services Committee recommended the authorization of $9.36 billion for research, development, testing and evaluation in FY 91, an increase of $342.9 million over the administration's request of $9.02 billion.

However, after the House Armed Services Committee's markup, Secretary Cheney announced his recommendations to the Navy to scale down the purchase of Seawolf attack submarines and Arleigh Burke Class destroyers.

The Secretary based his decision on a four-month major warship review.

Furthermore, he recommended purchasing four Aegis destroyers per fiscal year instead of current plans for 5 to 6. 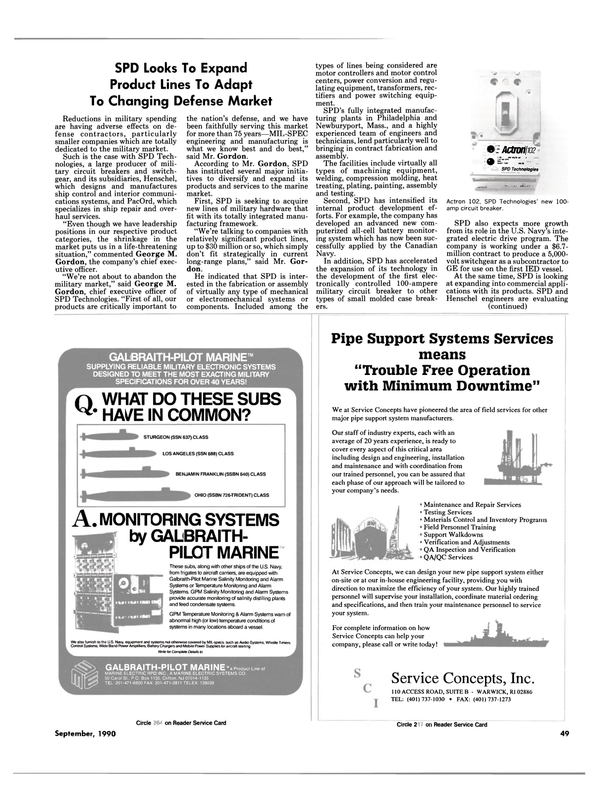