Mr. Gaffney joined Texaco fleet operations in 1959 as a navigating officer. After serving in various supervisory and managerial assignments he was appointed to his current position and concurrently serves as general manager of Texaco Overseas Tankship Ltd. 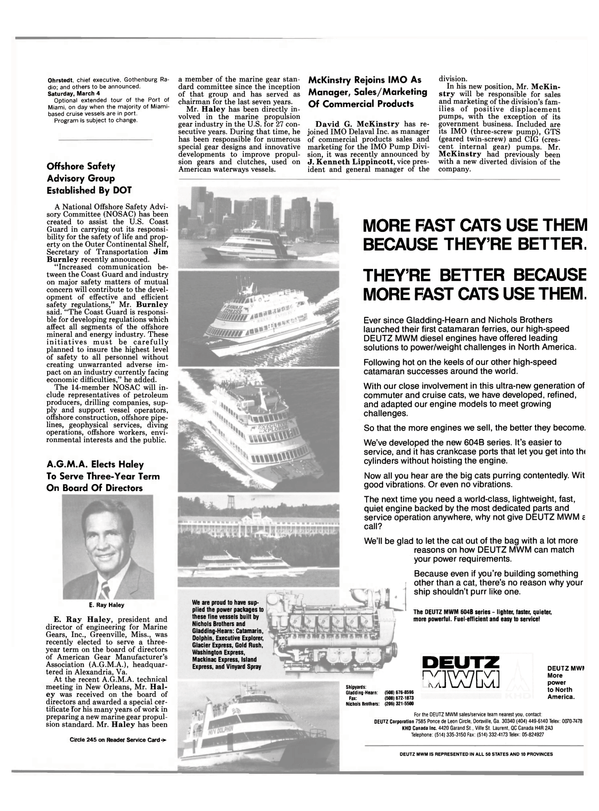