The recent passage of the Tax Technical Corrections Act, HR 4333, by the 100th Congress, offered some good news for domestic inland waterways operators.

Included in the measure was the long-awaited correction to the diesel fuel tax inequity which began on April 1, 1988. Waterway operators and other off-highway users continued to pay the tax through December 31, 1988. Now off-highway users will be able to purchase diesel fuel tax free. Sellers and purchasers must submit information to the IRS verifying that the fuel is utilized for non-highway purposes. The tax paid between April 1 and December 31, 1988, is refundable, with a special one-time refund with interest.

Amounts that have already been submitted on a quarterly claim for refund or that have been or will be claimed as a credit against other tax payments (such as the inland waterway fuel tax) are not eligible for the special one time interest bearing refund.

Furthermore, the Act also exempts certain cargoes from the Harbor Maintenance Tax established in P.L. 99-662. This revision provides that the tax will be imposed only once on cargo, moving under a single bill of lading, unloaded from one vessel and loaded onto another at any U.S. port for relay to or from Alaska, Hawaii, or any U.S. possession. 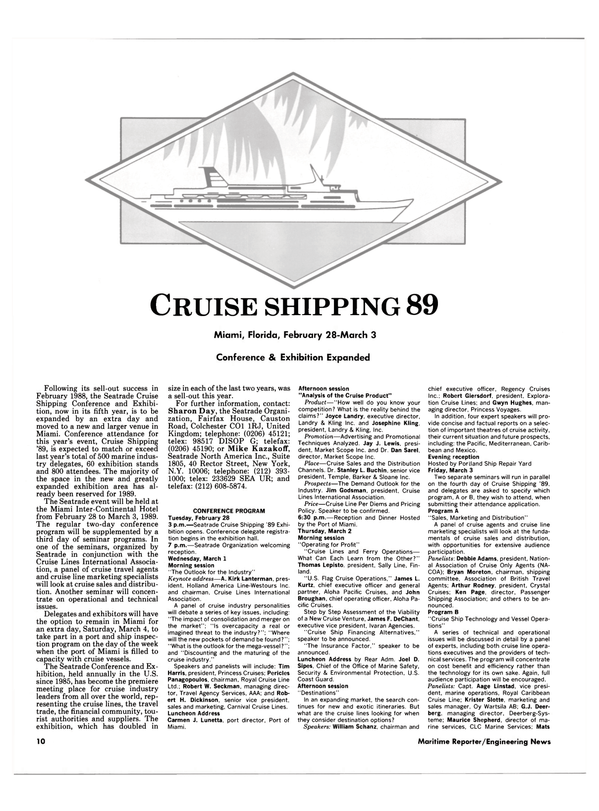