Following amalgamation with the BMV Group (Bergens Mekaniske Verksteder A.S.), the Ulstein Group has become one of the largest companies in Norway producing equipment for ships. Ulstein has held a majority interest in BMV in recent years and has now considered it appropriate to combine the two groups. This means that the Ulstein Group, with over 2,000 employees, stands out as a central force in the sale of Norwegian ship design and e q u i p m e n t in i n t e r n a t i o n al markets.

The company Ulstein International A.S. will be responsible for the marketing and sale of what will be one of Europe's broadest product ranges to ships from one supplier.

This wealth of resources will provide the Ulstein Group with the increased investment potential throughout its 30 companies established in nine countries. Investment areas will include the sole remaining Norwegian-owned engine manufacturer Bergen Diesel, deck machinery, rudders, propellers, steering systems, tank systems and electronic remote control equipment. They will also include the extensive activities in the field of ship design carried out by three of these companies.

In recent years, the Ulstein Group has increased investment in the development of high-technology shipequipment and design. Greater resources have also been directed toward the development of service functions in the production companies.

Shipbuilding and repairing will continue to play a significant role in the activities of the Ulstein group through BMV Laksevag A/S in Bergen and Ulstein Hatlo A/S in Ulsteinvik and subsidiaries.

For more information and free literature on the Ulstein Group, Circle 40 on Reader Service Card 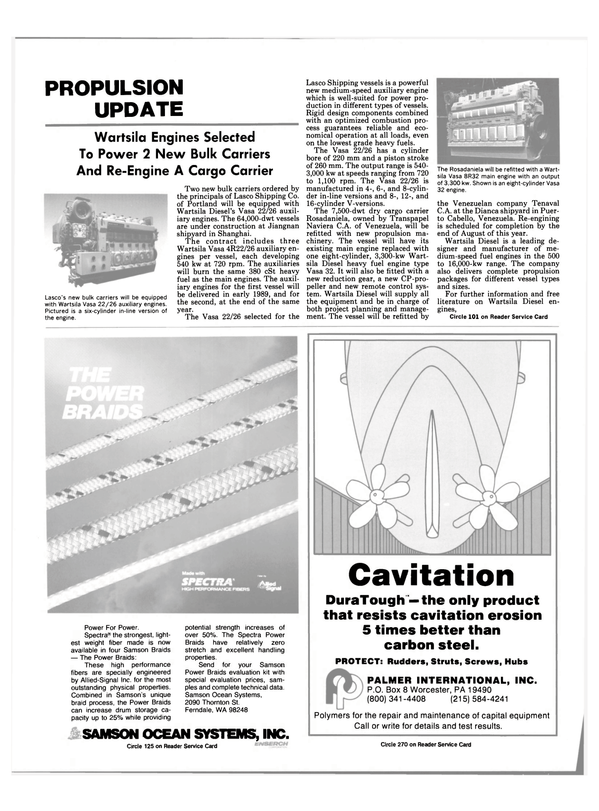