The Aegis guided missile cruiser USS Chancellorsville (CG-62) was recently christened at ceremonies at the Pascagoula, Miss., shipyard of the Ingalls Shipbuilding division of Litton Industries.

Principal speaker for the ceremony was the Hon. Trent Lott, U.S.

Representative from Pascagoula, Mississippi's Fifth Congressional District. Mrs. Edward H. Martin was chosen by the Navy as the ship's sponsor.

The 567-foot, 9,500-ton Aegis cruiser is powered by four GE LM2500 marine gas turbines and is equipped with Aegis combat equipment, the most advanced surface ship air defense system in the world.

The Chancellorsville is equipped with the MK 41 vertical launching system, a multiwarfare missile launching system capable of firing missiles against air, surface and underwater threats.

Currently in its 50th year of shipbuilding, Ingalls was chosen as the lead builder for five of the latest classes of Navy surface combatants.

Since 1975, Ingalls has delivered 50 major warships into the Navy's fleet, including eight Aegis cruisers.

As lead shipbuilder of the Aegis cruiser program, Ingalls has been contracted to build a total of 19 of the 27 cruisers Congress has authorized for construction since 1978.

For free literature detailing the shipbuilding facilities and services of Ingalls, Circle 109 on Reader Service Card 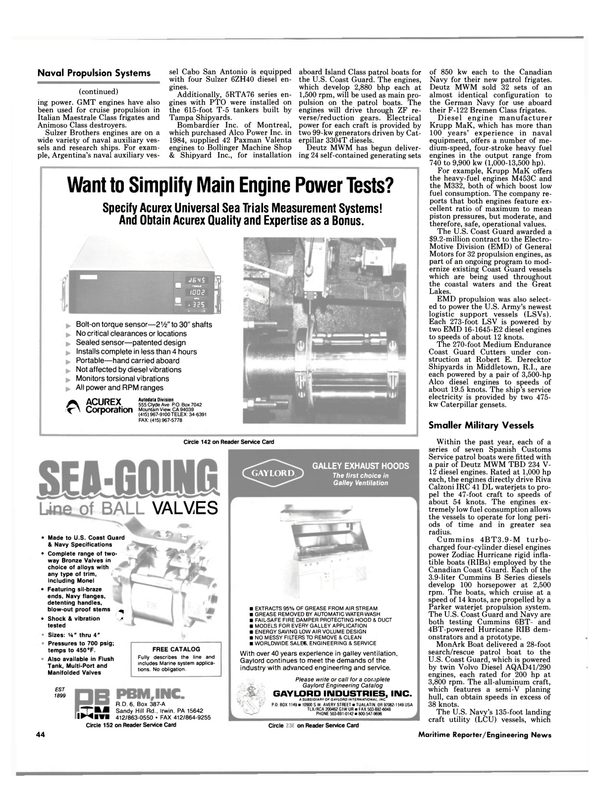