Seebeckwerft of Bremerhaven, West Germany, recently received a DM65-million ($38.9-million) order from the Railship Group to build a 10,000-dwt rail/freight ferry. She is the third ferry of this type to be ordered by Railship from Seebeckwerft over the last few years.

The vessel, the Railship III, which is expected to be delivered in February 1990, will be powered by two Wartsila Diesel 9R46 engines rated at 8,145 kw at 450 rpm and will have two auxiliary 4R32 Wartsila diesel engines which produce 1,620 kw.

The ferry will be about 622 feet long, with a molded breadth of 71 feet and service draft of 19 feet. She will be equipped with about 2,000 meters of rail track on three decks and will be of similar design as Railship II, which was built by Seebeckwerft and delivered in 1984 to the Railship Group. The lower decks of the vessel will be designed for carriage of dangerous cargoes.

The ferry will be used for service between Travemunde, West Germany, and Hanko, Finland.

For free literature on the shipbuilding, converting and repairing services of Seebeckwerft, Circle 115 on Reader Service Card 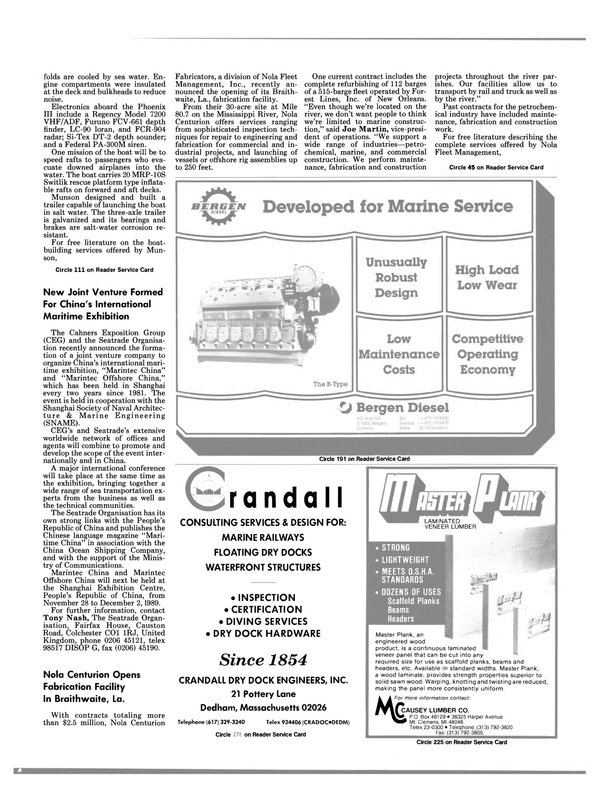