The Genoa shipyard of Officine Mariotti recently received a 150 billion lire (about $118.8 million) contract for the conversion of a container vessel into a luxury cruise ship.

The contract, awarded by Italian cruise operator Costa Cruises, calls for the conversion of the 15,932-grt Italia into a cruise ship for the Mediterranean market. The vessel will be renamed the Costa Marina and is expected to be delivered in April 1990. She will be deployed on seven-day cruises.

One of the appealing factors in the selection of the Italia for conversion to a cruise ship by Costa was her Pielstick propulsion plant. The vessel's primary propulsion plant, which consists of two 12-cylinder and two 16-cylinder Pielstick engines, produces a total output of 26,000 bhp and a speed of 23 knots.

Costa required a 22-knot cruising speed for her vessel.

The Costa Marina will be owned by a newly established shareholding company called Mediterranean Cruise Lines, 55 percent controlled by Costa Crociere, and the rest by the ship supplier Zerbone Catering and the tourist operator Quiriconi.

The conversion is part of a major cruise line upgrading by Costa, which has spent more than $450 million to modernize its fleet.

For free literature detailing the shipbuilding and repairing facilities and services of Officine Mariotti, Circle 118 on Reader Service Card 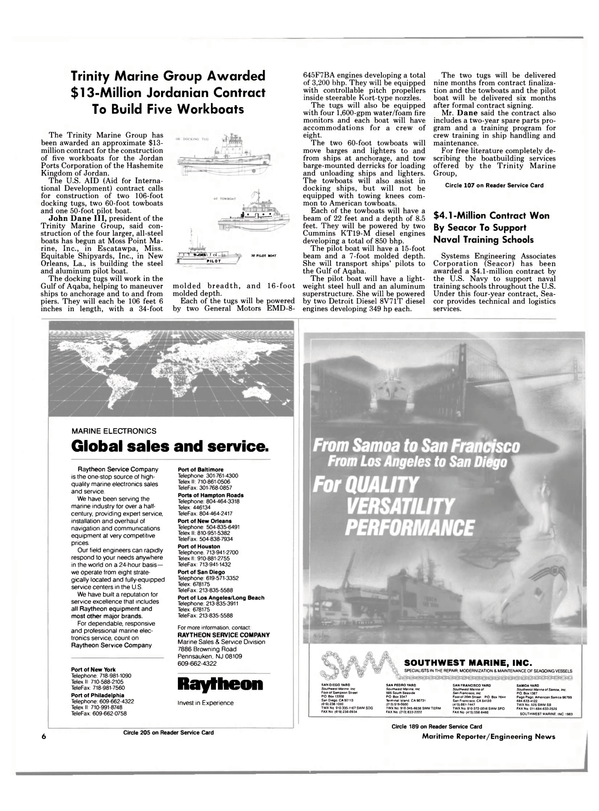