The Cahners Exposition Group (CEG) and the Seatrade Organisation recently announced the formation of a joint venture company to organize China's international maritime exhibition, "Marintec China" and "Marintec Offshore China," which has been held in Shanghai every two years since 1981. The event is held in cooperation with the Shanghai Society of Naval Architect u r e & Marine Engineering (SNAME).

CEG's and Seatrade's extensive worldwide network of offices and agents will combine to promote and develop the scope of the event internationally and in China.

A major international conference will take place at the same time as the exhibition, bringing together a wide range of sea transportation experts from the business as well as the technical communities.

The Seatrade Organisation has its own strong links with the People's Republic of China and publishes the Chinese language magazine "Maritime China" in association with the China Ocean Shipping Company, and with the support of the Ministry of Communications.

Marintec China and Marintec Offshore China will next be held at the Shanghai Exhibition Centre, People's Republic of China, from November 28 to December 2,1989. 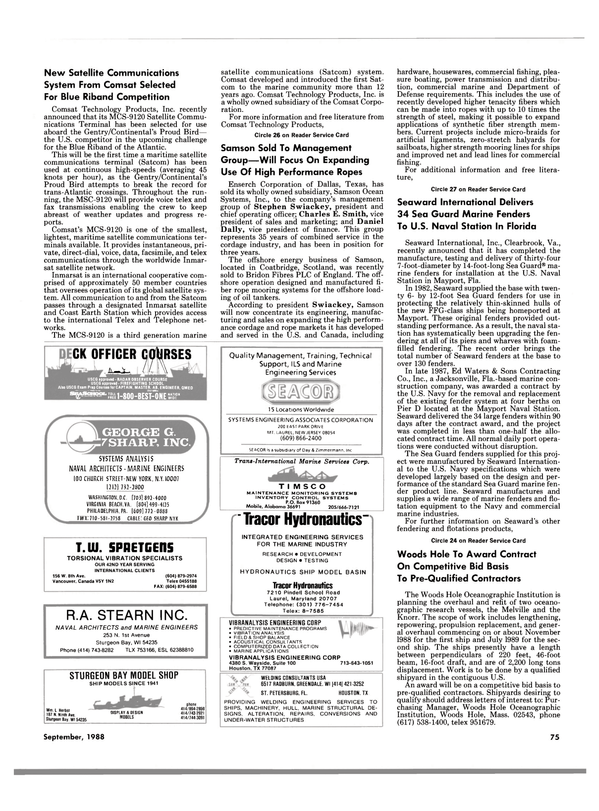