Nichols Brothers Boat Builders, Whidbey Island, Wash., have delivered what is said to be the largest high-speed passenger catamaran built in the U.S. to Catalina Passenger Service, for service between Newport Harbor and Catalina Island in southern California.

The Catalina Flyer, which replaces the Catalina Holiday on the Newport-to-Catalina route for Catalina Passenger Service, is powered by two specially lightened 2,000-hp Caterpillar 3516 TA diesel engines coupled to Reintjes WVS-1023 2.538:1 reduction gears and fitted with Lips three-bladed Cunialbronze propellers. She can reach speeds of about 30 knots, but will travel on her route at about 27 knots. Systems Engineering of Bothell, Wash., supplied her propulsion system controls. Hough Marine of Seattle engineered her electrohydraulic steering system. The Catalina Flyer's auxiliary power is supplied by two 40-kw generators driven by two John Deere engines.

Open air seating is provided under a canopy aft on the second deck and atop the bridge deck. A dance floor has been installed on the main deck. Bogen stereo entertainment systems and color videos are mounted in the cabins.

According to Bob Black, manager of Catalina Passenger Service, an increasing demand for speed on the Catalina route prompted the order for the catamaran. Mr. Black said that the Catalina Flyer would cut travel time by more than half on the route.

Nichols Brothers' 11th and 12th catamarans are already under construction at the Whidbey Island boatyard. Nichols is building a sister ship to the U.S. Army's Jera that was christened at Langley, Wash., in April. Nichols is also building an advanced marine concept catamaran that will be 122 feet in length, the details of which will be announced shortly, according to Nichols Brothers president Matt Nichols. 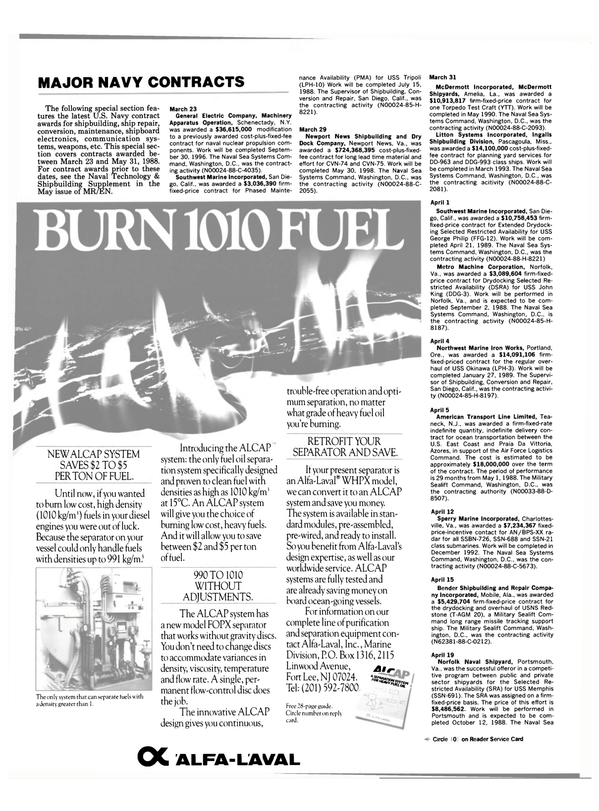