Tacoma Boatbuilding Co. (TBC) recently announced that they signed a contract with the Armament Authority of the Arab Republic of Egypt in connection with the retrofit of four submarines for the Egyptian Navy. Pursuant to this contract, which is valued at approximately $116,000,000 and calls for work over a period of approximately five years, TBC will upgrade certain electronic sectors and combatant capabilities of the Romeo Class submarines.

The actual installation of the new equipment on the submarines will take place in Egypt at Egyptian Naval facilities.

The Romeo Class submarines were delivered to Egypt several years ago as a part of multi-ship procurement agreement between the Arab Republic of Egypt and the Peoples Republic of China.

Work will commence pursuant to this contract after several preconditions are achieved including receipt of final export license approval, approval by the Defense Securities Assistance Agency of certain funding, the posting of financing guarantees by TBC, and the initiations of payments by the Arab Republic of Egypt.

TBC anticipates that the contract will become operative during the third quarter of 1988.

This is the third significant military contract received by TBC in the last 13 months. As a result of this award, TBC's backlog has been increased to $161,000,000.

The company designs, constructs and repairs medium-sized vessels for the U.S. Government, domestic and foreign commercial customers and foreign governments. 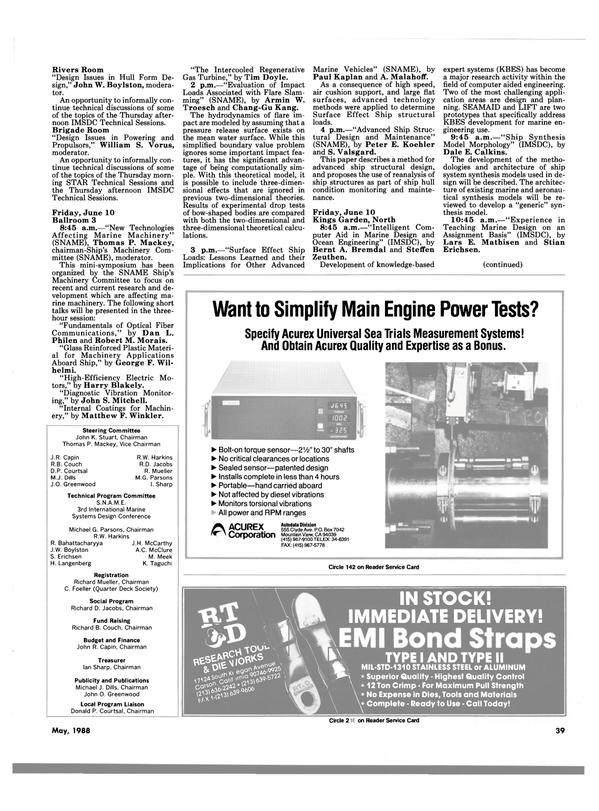