—Literature Available— The revolutionary development of the medium-speed diesel engine with improved total economy, has created an opportunity for the reengining of many vessels. The main aspects of improved economy offered by medium-speed diesel engines are: capacity to burn heavy fuels of almost any quality at all loads; low fuel consumption at all loads (with an advantage of as much as 15 to 25 g/kwh when compared with older engines); and long overhaul intervals and reduced maintenance costs.

With the development of the medium- speed diesel engine, a number of shipowners became aware of the potential cost-saving advantages of re-engining, and began to re-engine not only older ships, but in some cases, new ones as well.

A few years ago, Wartsila Diesel of Finland, one of the leaders in the re-engining market, decided to review its experiences in re-engining projects, and formulate methods for making the process both easy and straightforward for the shipowner.

Wartsila found in its review that: • Operation on heavy fuel is profitable as long as the price difference between heavy fuel and distillate is a few dollars; operation is of course more profitable with a wider price gap. Increased consumption of oil products will probably further widen the gap.

• A detailed feasibility study must precede the decision to reengine.

• The pay-back time can be calculated from the annual operating costs of the old and new machinery, the estimated re-engining cost, and the capital cost terms. Most shipowners consider re-engining when the pay-back time is in the area of two or three years. Projects carried out by Wartsila Diesel to date, have had an average pay-back time of two years.

• Even when the pay-back period is acceptable, a negative cash flow is not. That is why an important goal of Wartsila Diesel has been to show a positive cash flow for every fiscal year.

Wartsila Diesel's aim has been to develop the capacity to install one or more new auxiliary engines or alternator sets without taking a ship out of its normal sailing schedule.

The idea is that the taking-in of the equipment is preplanned, and performed during a normal stay in port, and the installation of the engine and the systems is performed at sea.

The installation work can be simplified by the use of preplanned system modules tailor-made to a particular ship.

However, since main engines cannot be replaced without stopping the ship, reducing off-hire time as much as possible is essential. Preplanning the change process thoroughly is time-saving. Wartsila reports that when the working hours for each stripping level are known, the size of the opening needed to take in the engine can quickly be optimized. A small opening means a little more assembly work on the engine, while a big opening may mean more work on the ship itself.

Wartsila Diesel has formulated methods for performing every aspect of re-engining, from feasibility studies to complete projects, and can also work effectively with partners.

Feasibility studies are often made by outside consultants, either by a shipowner's appointment or Wartsila's request. Wartsila also offers supervisory services when a job is performed by other ship service companies or shipyards. Project planning and negotiations with shipyards and equipment suppliers are services which are also offered by Wartsila. 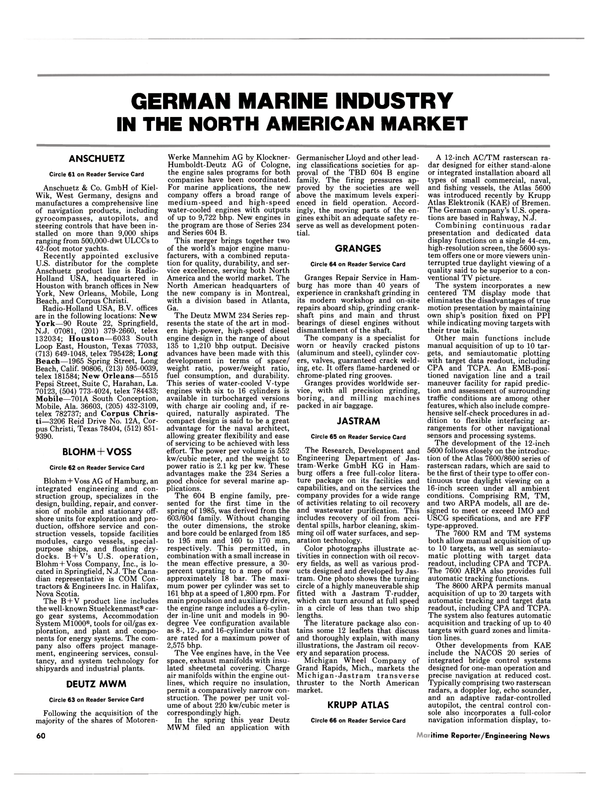