Patti Shipyard, Inc. of Pennsacola, Fla., is well known as a builder of towboats, crabbers, tugs, and fishing trawlers. Within the past two years, however, Patti has delivered two 800-passenger excursion vessels to Roberts River Rides in Dubuque, Iowa, and two additional passenger vessels are under construction for different owners. The Roberts vessels are the Quad City Queen and the recently delivered Mississippi Belle II.

With a length of 192.5 feet and beam of 45 feet, the Belle II has joined the Quad City Queen (originally delivered as the Mississippi Belle and later renamed) and a third boat, the Spirit of Dubuque, in daily excursion trips in the Davenport and Dubuque areas. Robert Kehl, a restauranteur/catering service operator, is the owner of all three boats.

Of the Belle's four decks, the first and second are each outfitted with a dance floor, bandstand, and two bars. These two decks combined can seat up to 750 persons for dinner cruises. Five crew cabins each containing two bunks, head, and shower are located on the third deck, along with a gift shop and bar. The fourth deck is an open lounging area with 200 chairs. A service elevator operates between the below-deck cooler room and the third deck.

Following construction of the Quad City Queen, some major changes were made in the design of the Belle II. Among them were an extensive hull redesign for increased speed, incorporating a model bow configuration and tunnels for the vessel's triple screws. Both the Belle and the Queen have cosmetic paddlewheels at the stern, but the boats are propeller-driven. The Belle's propellers are driven via Twin Disc MG518 reduction gears by three Cummins KTA19-M diesel engines, each rated 500 bhp at 1,800 rpm.

Electrical power is provided by the two 250-kw generators driven by Cummins NT855 diesels. All the engines were supplied by Cummins Alabama, Inc. of Birmingham. The 64- by 62-inch, four-bladed propellers were supplied by Columbian Bronze Corporation; that company also assisted with the tunnel design.

The Belle II is equipped with Furuno radar and Raytheon Fa- thometer. There are 1,000 Atlantic and Pacific life jackets on board for passengers and the crew of 40. The vessel is capable of speeds up to 12 knots on her day-long, 100-mile cruises between Dubuque and Bettendorf, as well as round trips to McGregor, Iowa. 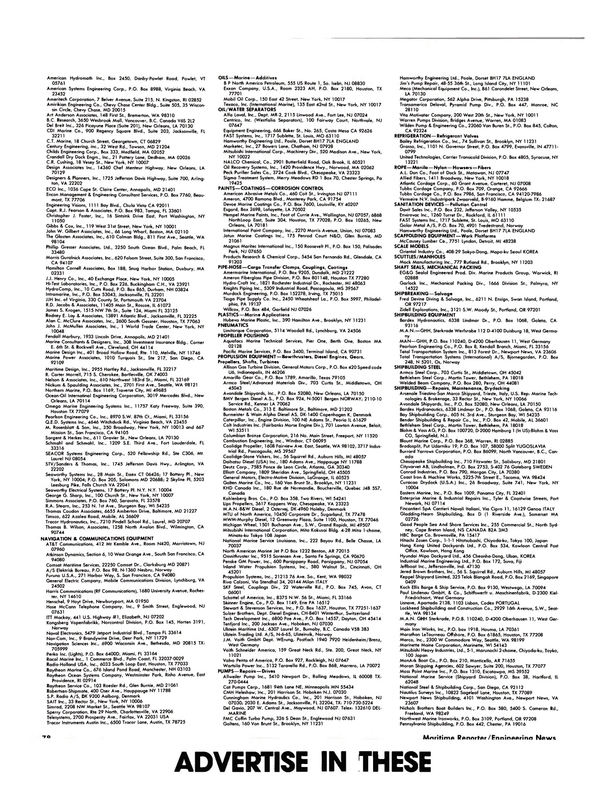