Latest Update As Of August 13, 1986 International Maritime Associates, Inc. publishes quarterly reviews of the Navy ship procurement market. This article is an excerpt from the August quarterly review.

Information in this article is current as of August 13.

SHIPBUILDING AND CONVERSION Exhibit 1 shows the authorization status of the FY 1987 shipbuilding and conversion program now being EDITORS NOTE: This Article is not the full quarterly report. It is an excerpt and represents less than 25 percent of the actual data contained in the complete review.

More than 220 companies now subscribe to IMA's quarterly market review. The price of a one year subscription is $380. The market review can be ordered by contacting International Maritime Associates, Inc., 3050 K Street N.W., Suite 345, Washington, D.C. 20007, (202) 333-8501 considered by Congress. Figures for FY 1986 and the projection for FY 1988 are provided for comparison purposes. Data for the Senate are final numbers. The House data are based on the House Armed Services Committee recommendations. A House/Senate conference is scheduled for September to iron out differences between the two bills. Appropriation legislation is needed to actually fund the programs.

Significant changes in the program recommended by House and Senate authorizers are described below.

Senator Specter (R-Pa.) had planned to introduce an amendment in floor debate which would reverse the committee recommendation and authorize the AOE program.

The amendment was not introduced on the grounds the AOE would be taken up in House/Senate conference. Authorization of this program is recommended by the House committee.

As reported in the previous update, contract design for the AOE was completed last February. Bids are due in October. A contract for four ships (one firm plus three options) has been planned. Program approval is uncertain and a decision must await final outcome of the authorization and appropriation process. Meanwhile, five or six shipyards are preparing proposals.

The Senate authorized the Navy to buy two existing minesweeper hunter ships (one complete ship and one partially outfitted hull) from a shipbuilder in an allied country. This authorization was made subject to the following provision: Funds may not be obligated or expended for the procurement of a lead minesweeper hunter ship or a partially outfitted hull of a minesweeper hunter ship from a foreign country until the Secretary of the Navy has certified to the Congress in writing (A) that purchase of up to two foreignbuilt ships responds to an urgent national security requirement; (B) that no United States shipbuilder has demonstrated the capability, or that no shipbuilder can demonstrate the ability to acquire that capability to meet that requirement in a timely fashion.

In explaining its action the Senate committee stated: Rather than design a wholly new ship, with all the delay and risk that course would entail, the committee recommends the Secretary of the Navy be authorized to use up to $100 million in unobligated prior year funds from the MSH program to acquire a European design capable of meeting our MSH mission. This initiative would add near term minehunting capability to our fleet at a well defined cost and low risk.

The committee expects that follow- on ships of whatever design the Secretary selects will be built in quantity in the United States.

To this end, the committee has recommended bill language authorizing use of prior year funds to acquire a lead ship or parts thereof for completion in the United States. One additional partially outfitted hull may also be procured to facilitate transfer of the manufacturing technology to U.S. shipbuilders.

The committee recognizes the customary prohibition on funding the construction of ships abroad and grants a one time exception for the lead ship and one partial follow hull so that a rapid build up of MSH force levels can be achieved.

Similar language had been drafted by the House committee prior to full committee mark-up.

Efforts by Congressman Davis (RMiss.) succeeded in deleting this language. Instead, the House committee recommends that the Navy convene a NATO study group to assess "ways in which NATO nations can act together to combat the mine warfare threat." The issue of buying existing MSH ships from foreign yards will be taken up in House/Senate conference.

Meanwhile the MSH—which hardly seems like the most complex ship the Navy is acquiring—has been put on ice.

Aegis ships (CG-47 and DDG-51)—The Senate authorized the three DDGs and two CGs requested by the Navy. The House committee recommended two DDGs and three CGs—citing the need to "foster and maintain the existing competitive situation (Ingalls vs.

Bath) and allow the earlier completion of the Navy's 27-cruiser program." An earlier subcommittee recommendation to provide only one DDG in the FY 1987 program was changed in full committee review.

An amendment adopted in House floor action removed the second Aegis destroyer from the House authorization bill. Representative Spratt (D-S.C.) offered this amendment so as to cut obligational authority by $799 million.

As matters now stand the Senate has authorized two CGs and three DDGs as requested by the President.

The House bill will provide authorization for three CGs and one DDG. Differences will be worked out in conference.

This would include the RAST landing system (made by DAF-Indal in Canada) and facilities to arm and refuel helicopters.

The Senate has authorized approval of this program for FY 1987. This will be taken up in conference—with approval likely.

Fleet oiler (AO-177) lengthening— Citing cost effectiveness issues, the House committee recommends not proceeding with proposed lengthening of five AO-177 fleet oilers. According to the committee "adding capacity with additional TAO-187 ships would appear to be a less expensive alternative." Additionally, "the at-sea replenishment capabilities of the variant configuration would be greatly hindered by the speed limitations of the AO-177." The Senate has approved this program.

Ocean surveillance ship (TAGOS)—The House committee recommends deleting one TAGOS from the FY 1987 program. Budget constraints are given as the reason for this recommended cut. The Senate has approved the three ships requested.

WEAPONS PROCUREMENT The Navy requested $6.1 billion to buy missiles, torpedoes, mines and other weapons in FY 1987. The House Committee recommended programs totaling $5.9 billion—and an additional $138 million was added by floor amendment. A $5.6- billion program is authorized by the Senate. Details are shown in Exhibit 2.

The U.S./German program is behind schedule, over cost and said to be "plagued by continuing reliability and quality assurance problems." Reversing the committee recommendation in floor action, the Senate authorized proceeding with the RAM program subject to: • the expectation that Navy would spend up to $24.2 million in RDT&E funds and $40 million in procurement funds for RAM in FY 1987; • the funds must be obtained by taking from other authorized programs GD-Pomona is the prime contactor for RAM. EG&G, Bermite- Whittaker, Hercules, and Morton Thiokol are also involved in this program.

Other missiles—The House committee recommends deleting 224 IIR Maverick missiles and adding 95 Phoenix missiles to the budget request. Hughes-Tucson manufactures both of these missiles.

A n t i - s u r f a c e warfare (ASUW) torpedo—Stating that the projected inventory of MK-48 and MK-48 (ADCAP) will double the current inventory of heavyweight torpedoes, the House committee recommends disapproval of the proposed ASUW torpedo program in FY 1987.

M K - 5 0 advanced lightweight torpedo—The House committee recommends cutting FY 1987 procurement from 84 to 67 MK-50 torpedoes. It cites budget pressures and the desirability of maintaining production over an extended period as the reason for the reduction. Honeywell-Minneapolis is the prime contractor for this program.

ELECTRONICS AND SUPPORT EQUIPMENT The Navy requested $6.5 billion for other procurement programs in FY 1987. The House committee recommends $5.8 billion and the Senate has authorized $6.1 billion. Details are given in Exhibit 3.

FMC-Northern Ordance is involved in this program. Reason given for the recommendation is the savings in long term program costs are "not worth the near term cost in additional outlays." Seasheds—The House committee recommends that 350 seasheds be purchased in FY 1987. The Navy's proposal is to buy 100 seasheds. Two firms qualifying as small businesses have been receiving contracts to supply seasheds to the Navy. The Senate committee expressed concern that the Navy acquisition rates have been unpredictable— adversely affecting these small contractors.

AN/SQR-17A acoustic processor— The Navy had requested funding to procure eight units in FY 1987. The House committee recommends an increase to 20 units. Reason given is more efficient production and quicker delivery which would result.

AN/BLD-I microwave intercept receivers—The House committee recommends adding procurement of eight AN/BLD-I units in FY 1987. Navy had not requested this procurement. Reason given for the recommendation is to encourage more efficient production and quicker delivery.

RESEARCH AND DEVELOPMENT The Navy requested $10.6 billion for RDT&E programs in FY 1987.

The House committee recommends a program totaling $9.1 billion and the Senate authorizes a $9.5-billion program. Details are in Exhibit 4.

The Committee believes that in today's funding climate, Penguin is a program whose costs ($112.7 million) exceed its marginal benefits.

Integration costs for Penguin have almost doubled ($36.0M to $66.0M) and the entire program will convert only 33 ships and 28 helicopters to employ the missile.

Each ship will store only 4 missiles.

Moreover, each helicopter will carry only one Penguin. That single missile will afford too low a probability of ship kill to warrant risking the helicopter against modern shipboard AAW defenses.

A news account in Aviation Week & Space Technology predicts congressional approval of Penguin for FY 1987. Involved in this program are Kongsberg Vapenfabrikk in Norway and Grumman Corp.

Rankine Cycle Energy Recovery (RACER) system—The Navy has canceled RACER developed for the DDG-51—a program that has support in the House. The House committee has recommended authorization of $20 million for RACER development, citing the following: The RACER system was intended to complement the LM-2500 propulsion system on the Navy's latest destroyer—the DDG-51 Arleigh Burke Class. It was estimated that RACER would extend the range of these ships by up to 2,000 miles. During the past twoyear period, however, the program has been mismanaged. The Navy did not follow Congressional guidance and, in fact, used funds authorized and appropriated for the RACER program for other purposes. The RACER system tests were suspended by the Navy, and subsequently, the contract for RACER development was canceled.

The committee does not concur in the Navy's action to cancel the RACER program and, accordingly, recommends $20.0 million in authorization to resume testing of the RACER system for deployment on the DDG-51 as well as other platforms. Section 204 would provide that no funds be used for research, development, test and evaluation for the DDG- 51 class ship until the Secretary of the Navy resumes testing of the RACER system and advises the Congress that testing will continue through completion of landbased and at-sea testing. Additionally, the RACER and DDG-51 designs must be compatible.

The Senate accepts the Navy's decision to abandon RACER. Language in the Senate authorization bill eliminates the requirement that the lead DDG-51 be capable of accommodating the RACER system.

It recommends $90 million be authorized for this effort. Of this total $30 million would be for sensors upgrades, $35 million for engagement improvements (e.g. hypervelocity defense missile) and $25 million for anti-air warfare weapon development. This recommendation is one element in the "conventional defense initiative" proposed by the House committee. 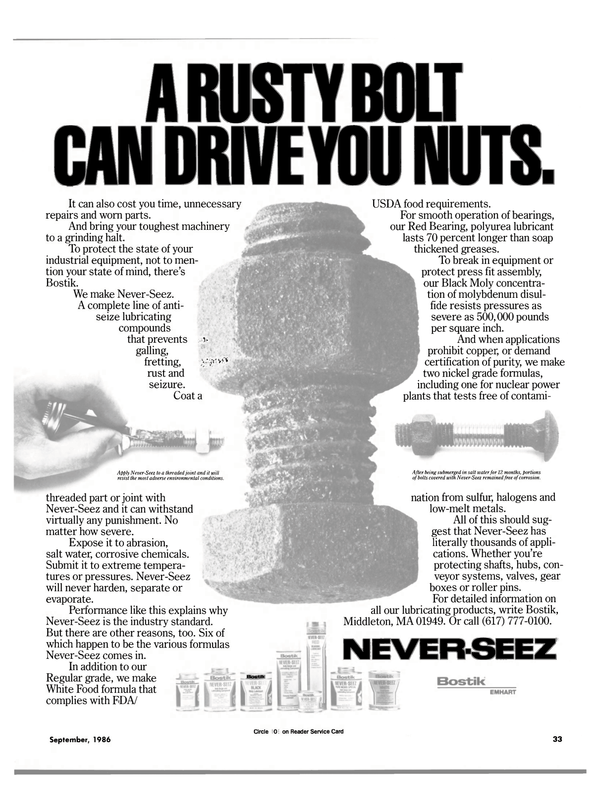