The U.S. Navy recently exercised a $221.8-million contract option with Ingalls Shipbuilding division of Litton in Pascagoula, Miss., for the reactivation and modernization of the battleship Wisconsin (BB-64).

The option is part of a contract awarded to the shipyard earlier, and is in addition to the $1 million received at that time to beginning the planning work for the conversion.

The Wisconsin's reactivation, utilizing employees from the shipyard's existing work force, will combine overhaul of ship systems and equipment with installation of new weaponry, electronics, and auxiliary systems. The contract will help stabilize employment levels at Ingalls; during peak periods the program will involve some 2,000 workers.

The ship was towed from Philadelphia to Avondale Shipyards near New Orleans in August. There she will undergo drydocking and work on the exterior hull and propulsion equipment under subcontract to Ingalls.

She will be towed to Pascagoula near the end of this year for completion of the major portion of the reactivation by Ingalls. Redelivery to the fleet is scheduled for the latter part of 1988. 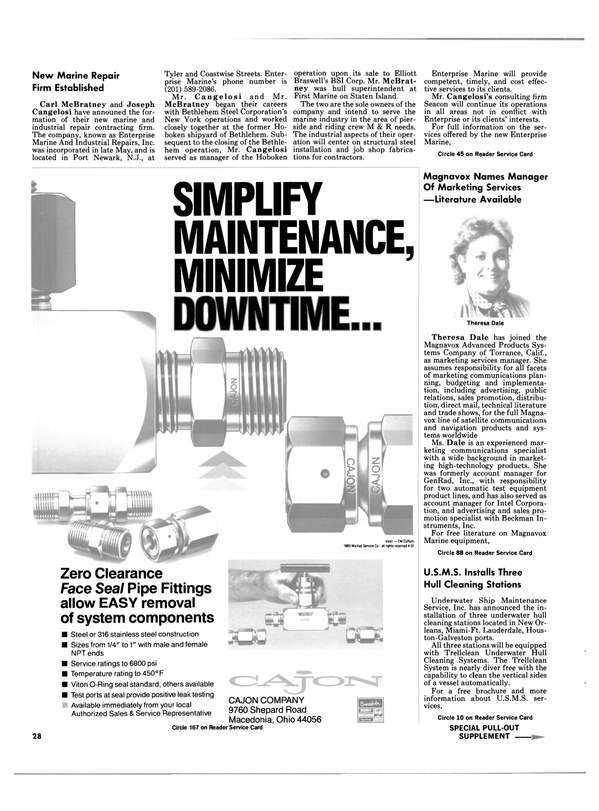