The move brings to an end the company's long involvement in the U.S. shipping industry. Its subsidized liner service, Moore McCormack Lines, was sold in 1983 to McLean Industries, Inc., parent company of United States Lines. At the time of its sale, Mormac Lines operated a fleet of 13 cargo ships on trade routes to South America and Africa.

Another wholly owned subsidiary, Moore McCormack LNG Transport, Inc., recently sold all of the stock of Morgas, Inc. to Panhandle Eastern Corporation, for $45 million in cash, thereby ending its investment in LNG transportation. The primary asset of Morgas is a 20-percent interest in Lachmar Shipping, a partnership that owns two 125,000-cubic-foot LNG tankers, the Lake Charles and the Louisiana, delivered by the Quincy shipyard of General Dynamics in 1980. 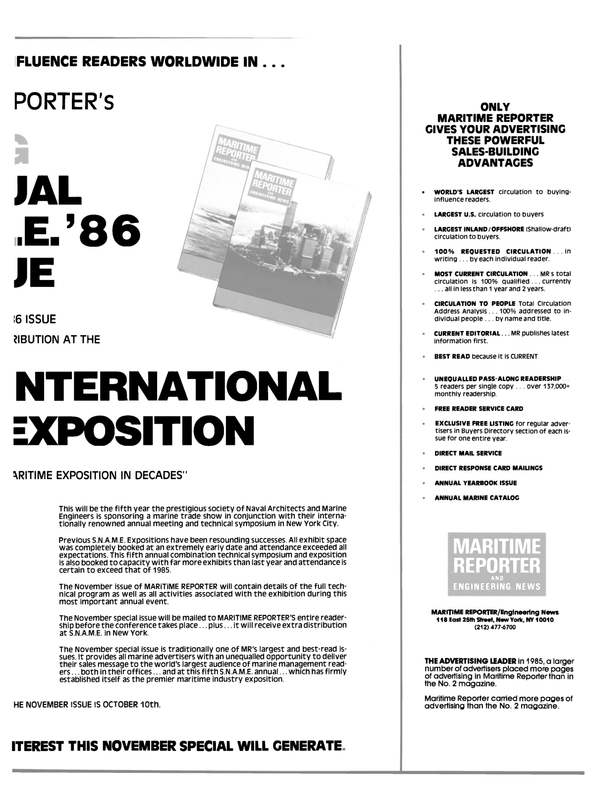