MSC To Procure Up To Six Logistic Support Vessels For U.S. Army

The Navy's Military Sealift Command (MSC) has announced that it intends to procure on the open world market during FY 1986 up to six logistic support vehicles (SLV) from one or more offerers. If purchased from a foreign seller, the vessels must be reflagged and all conversion work performed in U.S.

The Request For Proposal (RFP N00033-86-R-4011) was issued by the MSC in July; proposals were due on August 22 this year. The Navy is purchasing these vessels for the Army because of the Navy's extensive experience in securing shipping services for the Department of Defense.

When purchased, the LSVs will be used by the Army to transport dry cargo on the ocean and the coastal and inland waterways. They must be able to carry a minimum of 1,500-2,000 short tons of vehicles, containers, and/or general cargo.

The LSVs also will be used to assist in discharging and backloading ships during roll-on/roll-off operations as well as logistics over-theshore missions. The LSVs must also be capable of landing on remote and underdeveloped coastlines. 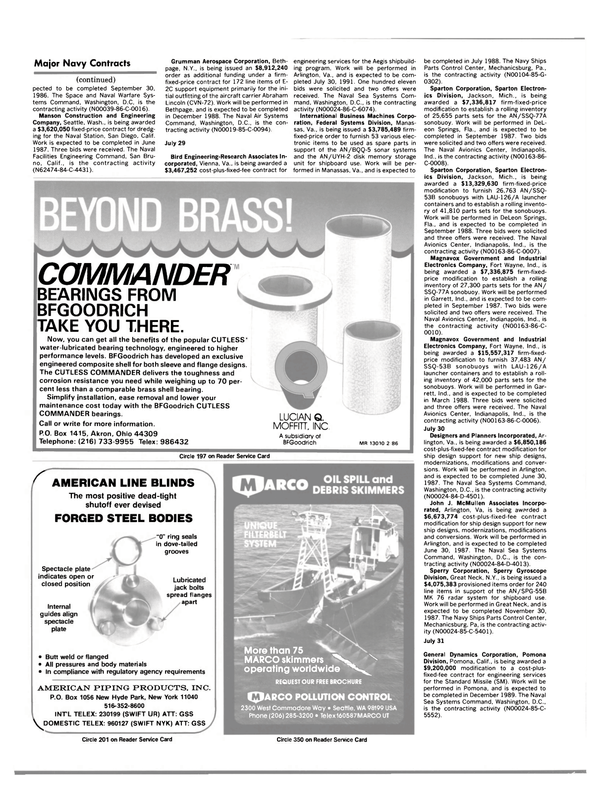 Read MSC To Procure Up To Six Logistic Support Vessels For U.S. Army in Pdf, Flash or Html5 edition of September 1986 Maritime Reporter