Mounted in an acoustically insulated, air-conditioned control room is the data-logging/recording and control equipment required for complete engine testing. The dynamometer is capable of loading in excess of 46,000 U.S. horsepower or 35,000 kilowatts. It is mounted on a special support base which provides air-bearing support while being aligned to the engine crankshaft. This system allows the 55-ton dynamometer to be pushed into position by two men.

When an engine is under test, control of test parameters is monitored by way of digital process controllers which regulate water and oil pressures, temperatures and dynamometer load.

Also provided by the system is automatic, instantaneous switchover to "backup" lube oil and fuel oil pumps. The auxiliary equipment in this new facility includes a 7,000- gallon-capacity operating lube oil pump which has a continuous recirculation filtering system, and prewarms the oil prior to engine operation.

This pre-warm system is also used for pre-lubrication of new engines, and is served by a separate 50-hp lube oil pump.

Variable speed pumps were selected as they supply superior pressure and flow control over a wide range of engine requirements.

Starting air supplied by a dedicated compressor is stored in two 100-cubic-foot air tanks at 650 psi.

Also available are numerous alarms and automatic trips which can be programmed to suit special test situations. 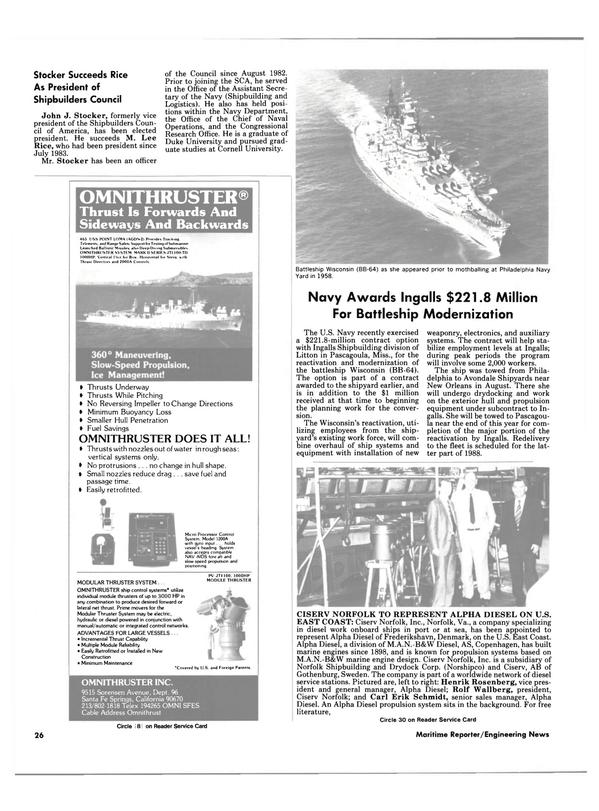