The dredge Chicago, said to be world's largest and most power- ful combination clamshell/dipper dredge, is scheduled for completion and assignment by the end of this year, according to Great Lakes In- ternational, Inc., the vessel's owner William L. Colnon, president of GLI, announced that when the Chi- cago is completed, it will provide unequaled capabilities and versatili- ty for the dredging industry in both the clamshell and dipper modes.

In order to effectively utilize the unprecedented production capacity of the new dredge, two large split- hull, hopper dump barges have been designed and are also presently un- der construction. This bold ad- vancement in the bucket dredge field was based on a careful analysis of future dredging requirements, ac- cording to Mr. Colnon. The Chicago has been designed specifically for work in the ports of the U.S., including the deepening of proposed deep- water ports, as well as in the ports of the rest of the world. The invest- ment of $30 million in the new dredge and the two barges is the largest single appropriation in the company's 100-year history, The first design criterion for the Chicago was to double the capabili- ty of any clamshell or dipper dredge in existence. The P & H model 5700 electric excavator was selected as the most efficient digging machine available for that purpose. This re- volving unit, weighing nearly 100 tons, is under construction at Har- nischfeger Corporation in Milwau- kee' T h e d r e dSe w i l 1 h a v e a 50-Cub- ic-yard clamshell bucket, whereas the largest clamshell currently in operation uses only a 26-cubic-yard bucket.

The Chicago will develop a dipper hoist pull of 480,000 pounds at a line speed of 240 feet per minute, about twice that of the next largest dipper Goulds c u r r e n t l i n o p e r a t i o n anywhere in the world In addition, the dredge has b e e n designed to operate with a 27-Cubic-foot dipper bucket, com- pared with the 14-cubic-yard dipper that is the biggest presently in use.

The hull of the Chicago, being built by Southern Shipbuilding Cor - poration in Slidell, La., will be more than twice the size, by volume, of today's biggest clamshell and dipper dredges. The cross-sectional area of the new vessel's spuds (a measure of the ability to work in rough seas) will be 2Vz times that of similar existing dredges. Its total installed output of 8,650 horsepower is almost four times greater than that of today's largest dipper, and seven times more than that available in clamshell dredges at present.

The two new barges are being constructed by Bay Shipbuilding Corporation in Sturgeon Bay, Wise.

With a 6,000-cubic-yard capacity, they are IV2 times the size of the next largest barge of this type in use, and have an overall length of 277 feet and beam of 63.5 feet. They will be towed by 5,600-bhp tugs of twin propeller, Kort nozzle design.

Working in either the clamshell or the dipper mode, the Chicago will provide a continuous operation, dredging the material and disposing of it without interruption, even if the disposal area is far removed from the dredge site. The exceptional dipper power also enables the dredge to excavate extremely difficult material that might have otherwise required blasting. 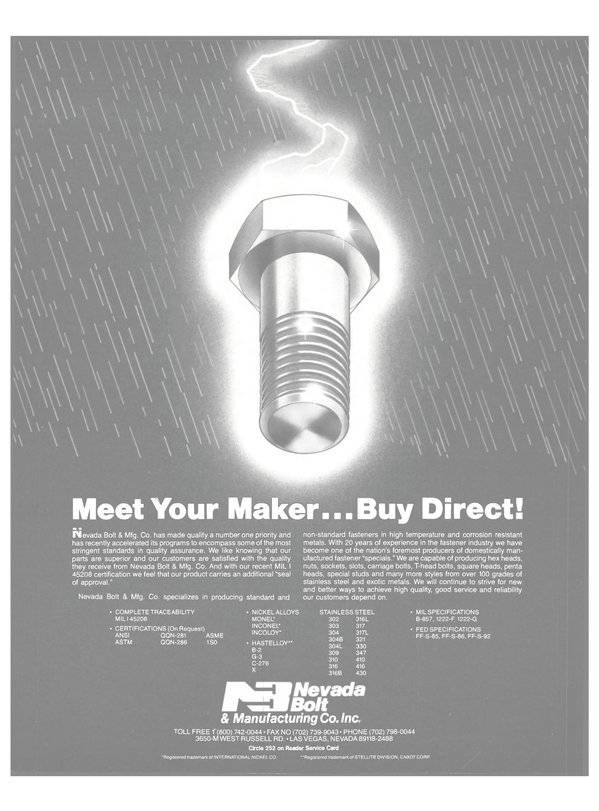