The Maritime Administration in cooperation with the U.S. Navy recently announced the selection of 15 port locations on the East and West Coasts for the berthing of 37 cargo vessels in the Ready Reserve Force (RRF), a select group of merchant vessels which can be activated on five days' notice.

The RRF is a part of the National Defense Reserve Fleet operated by MarAd. RRF vessels, currently totaling 65, are acquired and maintained by MarAd and funded by the Navy.

The berthing arrangement is a part of the Navy's outporting plan for the strategic location of sealift vessels near shipyards and loading ports which would be used in an emergency.

Ten additional vessels are being berthed at Navy facilities in Yorktown, Va., Philadelphia, Pa., and Alameda. 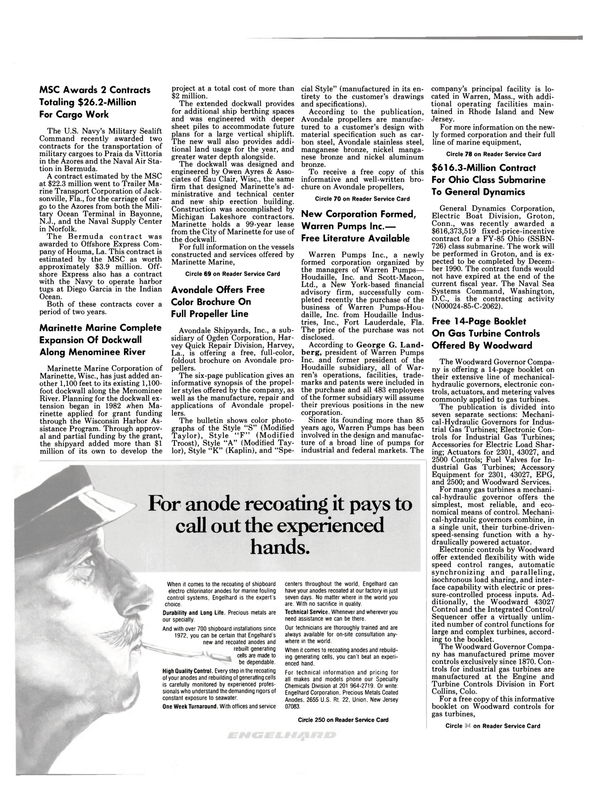