Wartsila's Turku Shipyard in Finland recently received an order from the Soviet Union for a specialized vessel intended for transportation of floating oil drilling rigs weighing up to 20,000 tons. The contract, valued at about $42 million, was won against fierce international competition. Scheduled for delivery at the beginning of 1987, the vessel will provide about 800 man-years of employment for the Turku yard.

The vessel will be able to transport on its deck the biggest jackup or semi-submersible drilling rig now in service. The transporter will load a rig by submerging to a draft of about 69 feet, after which the rig will be towed into position above the cargo deck. The ballast tanks will then be emptied using compressed air, raising the vessel and the rig on deck into the transporting position.

In addition to its transporting role, the vessel can be used for the drydocking of drilling rigs and other ships. Loading, transporting, and unloading operations will be monitored and controlled by a Wartsiladeveloped computer system. 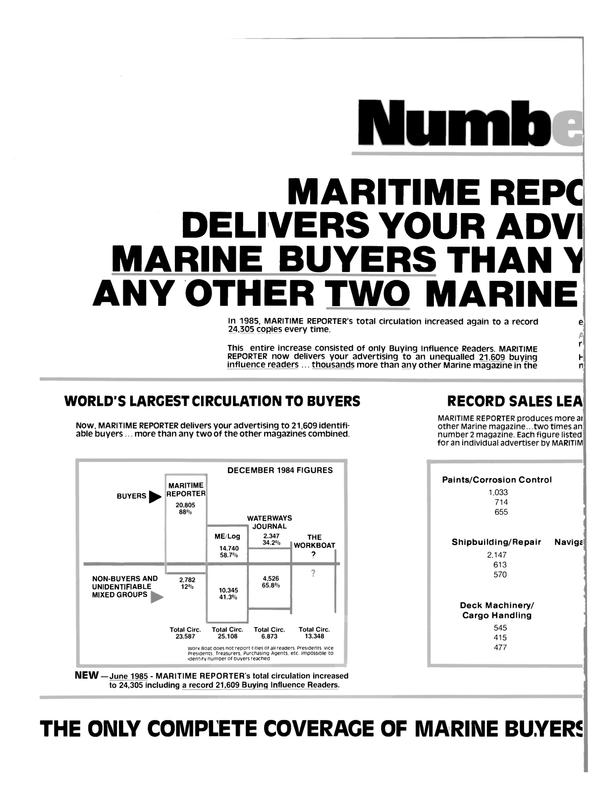