The Congressional Maritime Caucus has created an Advisory Board made up of industry and Executive Branch leaders to prepare an "action plan" aimed at stimulating legislative and regulatory initiatives to revitalize the American merchant marine.

The Caucus, consisting of 72 members of the House of Representatives, was formed earlier this year and is headed by Rep. Walter B.

Jones, chairman of the Merchant Marine and Fisheries Committee.

The leaders of the various industry segments are to draft a proposed national maritime policy "as it would apply to that segment" for presentation at a meeting of all Advisory Board members and observers on November 13, 1985. The proposals are to be reviewed so that by February 13, 1986 at a meeting of Administration officials, industry advisers and the observers, the proposals can be merged into a "working national maritime policy proposal" that can be presented to the Congressional Maritime Caucus. Finalized proposals are scheduled to be taken to the Caucus on March 4, 1986 for its consideration. 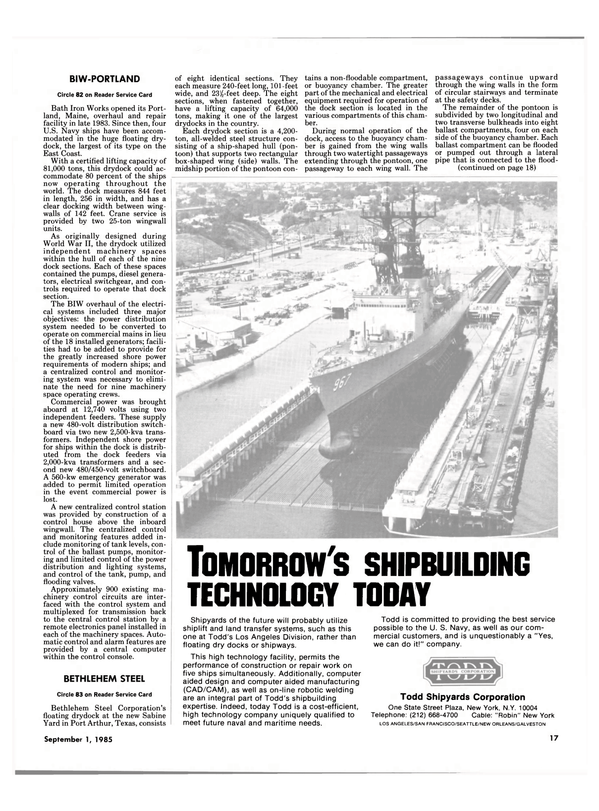