The original contracts were awarded in August 1982; MSC is now declaring its options for a total 13-ship package amounting to approximately $1.7 billion.

Delivery of the first ship is scheduled for August 1984 and the last ship by April 1986. When delivered, the Maritime Prepositioning Ships (MPS) will be operated for MSC under long-term charters by U.S.-flag ship operating firms using U.S. merchant marine crews.

"President Reagan and the Department of Defense recognize the importance of sealift to this nation's strategic mobility," Admiral Carroll said. He added that "not only is more emphasis being put on existing sealift programs than all the years since World War II, but a number of entirely new programs are underway.

"For example, we now have a Near Term Prepositioning Force (NTPF) of 17 ships in place in the Indian Ocean, ready to help out if we should ever have to deploy combat power to Southwest Asia. We will have more than tripled our ability to deploy combat power to that part of the world when our two new programs — this maritime prepositioning program and the SL-7 or fast sealift program — are complete." 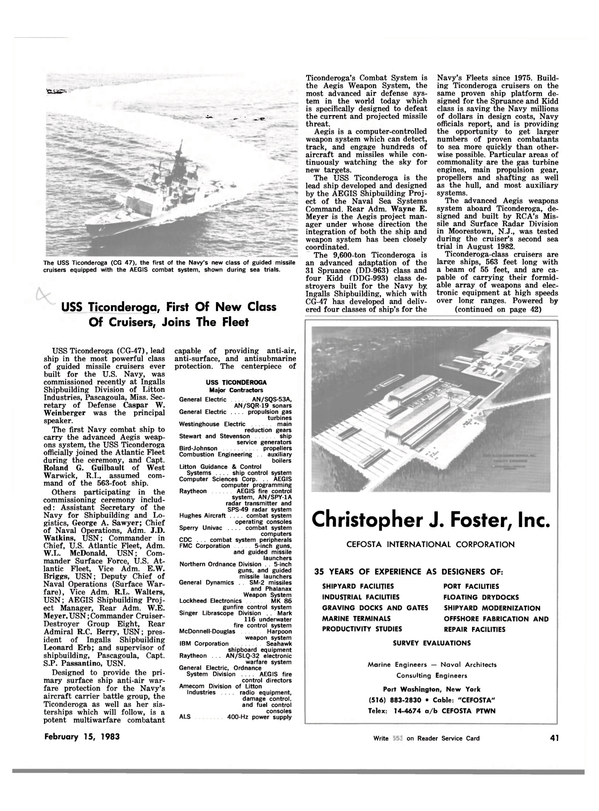