Computer data transfer between ship and shore via satellite is completely practical and feasible, according to the results of a series of tests recently completed by Navidyne Corporation, Newport News, Va.

The most recent tests were conducted jointly by Navidyne and Marine Management Systems, Inc., of Stamford, Conn., a leading firm in the development of computer-based management systems for marine applications' Navidyne's ESZ-8000 Satellite Communicator, an INMARSAT Standard A Ship Earth Station (SES), was used to transmit data at 300 bps and at 1,200 bps via the INMARSAT Marces-A satellite over the Atlantic Ocean and the INMARSAT Coast Earth Station at Southbury, Conn.

Data was exchanged between the two HP-85 computers, and also with the General Electric Mark III Timesharing Network and with a DEC PDP-11 computer system at the New York headquarters of a major oil transportation company.

In other "on-the-air" tests, Navidyne has also demonstrated the feasibility of transmitting data at speeds up to 9,600 bps using satellite voice channels.

During these tests, Navidyne's ESZ-8000 was linked with a Codex CS-9600 to transmit data via satellite to a computer in Houston, using a four-wire private line for the shoreside connection.

Today, shipowners and offshore oil companies can consider a wide assortment of approaches to computer- based onboard management systems, using such applications as voice-channel data links, highspeed digital fascimile, electronic mail, automatic position reporting and others.

For complete information and a report on these tests, Write 76 on Reader Service Card 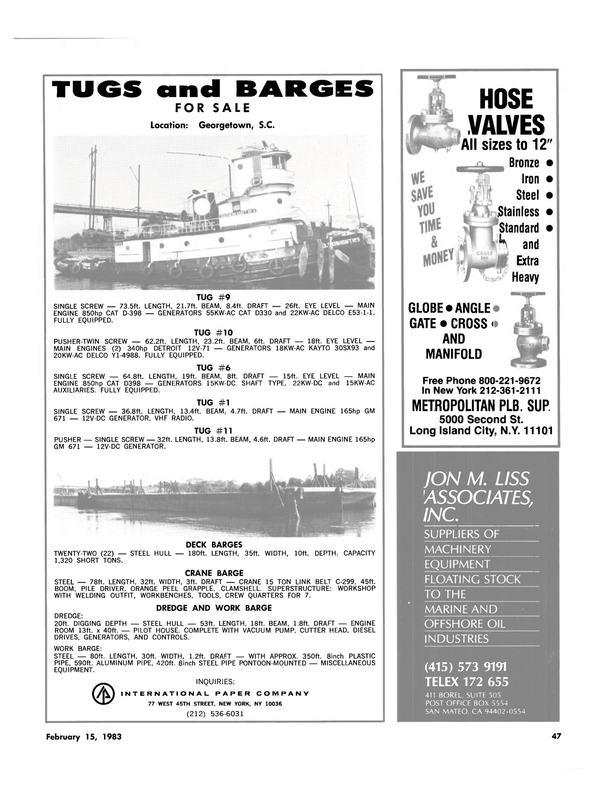