R a y m o n d International Inc., Houston, Texas, announced recently that its subsidiary, Kaiser Engineers, Inc. of Oakland, Calif., has been awarded a contract to provide i n d u s t r i a l engineering services for the East Coast Trident Refit Facility under development by the U.S. Navy.

The facility, with an estimated construction value in excess of $300 million, is part of a Trident refit complex to be located at the Naval Submarine Base at Kings Bay, Ga., according to Henry F.

The Trident is the third generation of U.S. nuclear submarines, following the earlier Polaris and Poseidon classes. The first of the Trident submarines, the Ohio, was commissioned recently.

The Navy has one Trident refit facility in operation at Bangor, Wash, where Kaiser has been providing similar services since 1974. 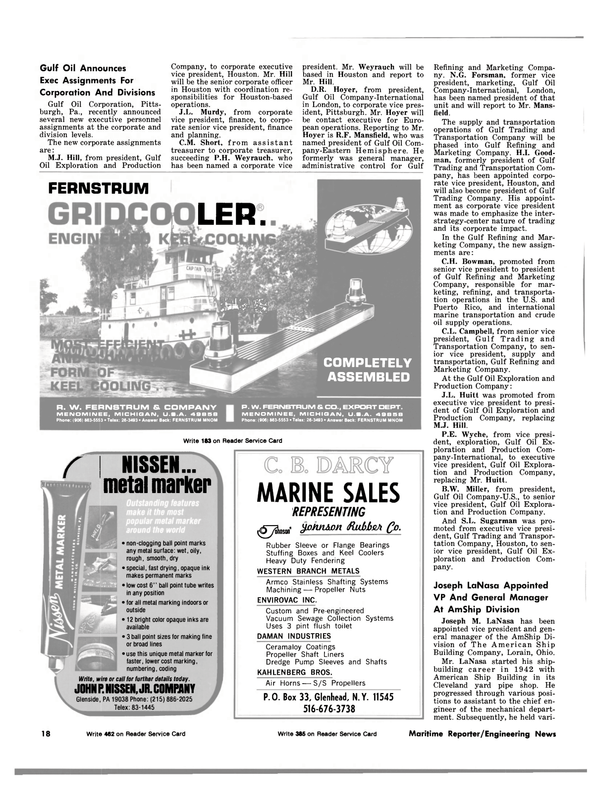