The Virginia Department of Highways and Transportation recently awarded a contract to Advanced Marine Enterprises, Inc., n a v a l a r c h i t e c t s in Virginia Beach, for preparation of specifications and drawings and construction supervision for a new ferryboat. The design phase is scheduled to be completed by March 1982, at which time construction bids will be solicited f r om interested shipyards.

The new ferry will operate between Jamestown and Scotland wharf and will be double ended, 200 feet long, diesel-powered and capable of carrying 350 passengers and 50 vehicles.

At present, the state operates four ferries in this service. The newest is the Surry, which was placed in service in 1979. The Virginia, Ocean City, and the Jamestown share duty with the Surry.

The Ocean City, the oldest, will be taken out of service when the new ferry is completed.

Design of the new f e r r y will be similar to the Surry, with a great deal of attention paid , to reliability and maintainability during design preparation. In addition to the diesel propulsion plant, it will be outfitted with three diesel generator sets each capable of handling the normal electrical load, and an emergency diesel generator set. Modern equipment f o r safety and fire control will be incorporated during the design phase to assure optimum protection for the passengers. 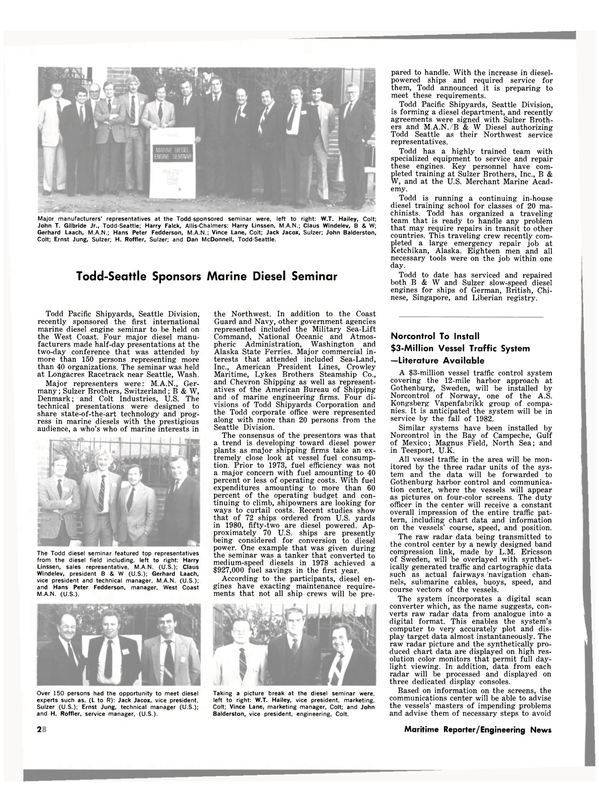