$14-Million Scrapping Facility To Be Built In Netherlands Antilles

have signed an agreement in principle for a $14-million, ship-breaking scrap yard in Curacao that will produce 85,000 tons of steel a year for the Latin American market. Construction of the facility will begin in early 1981.

According to Mr. Loewenthal, the Netherlands Antilles Government will provide $7 million for the necessary infrastructure including piers and access roads, plus 85 percent of the cost of an additional $7 million for equipment.

To be located in the harbor of Willemstad, the yard will employ from 185 to 270 workers, depending on the ship breakage methods used. Additional jobs will be created in such related activities as preparing the vessels for scrapping.

Eisen Und Metal A.G., which has been active since the 1920s in the ship-breaking industry, is owned by three German companies— Hoescht/Estel, Mannesmann, and Rheinmetall, each holding a one-third equity.

Present plans call for the establishment of two separate companies in the Netherlands Antilles —a production company that will scrap the ships, in which the Government would have a majority of shares; and a trading company that will buy the vessels, market the resultant scrap metal, and be involved in other commercial activities.

The t r a d i n g company would be a joint venture, owned equally by the Netherlands Antilles Government and Eisen Und Metal A.G. 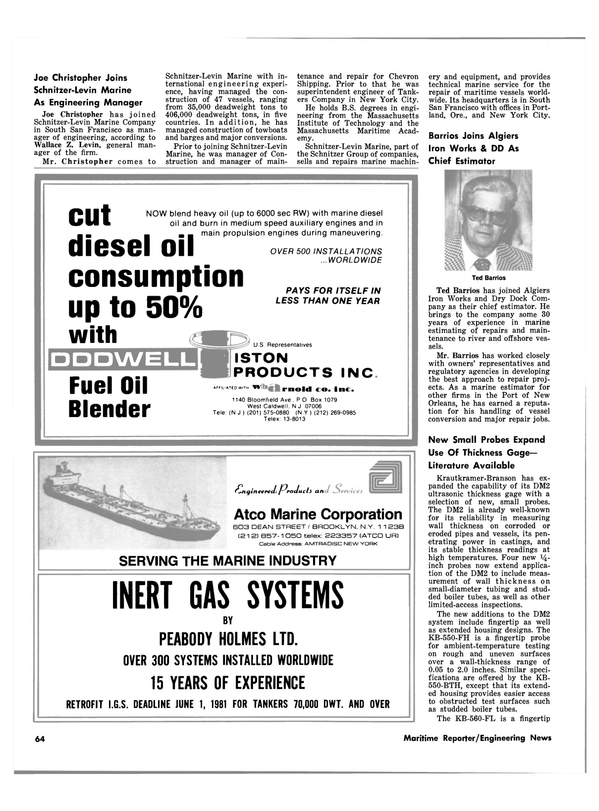 Read $14-Million Scrapping Facility To Be Built In Netherlands Antilles in Pdf, Flash or Html5 edition of October 15, 1980 Maritime Reporter