A barge operator in Argentina is among the first customers for a new radio-controlled, emergency anchor windlass system that has been designed, developed, and is now being manufactured by SSI, Inc., an associate company of TBW Industries of Houma, La.

The new system, now being installed on barges built by Astilleros Espanoles S.A., is designed to reduce substantially one of the major hazards in the shipping industry: the danger imposed by free-drifting barges when the towline between them and the tug has been severed.

Upon severence of a towline, the SSI system immobilizes the barge by remotely releasing its anchor. The barge can then readily be recaptured and its towline easily reconnected.

Time in transit can thus be reduced, providing an economy to both barge owner and shipper. Stabilization of the barge's position minimizes the possibility of collision with other shipping.

A radio-controlled, digitally encoded transmitter is the heart of the new system.

Mounted on the towing vessel, the unit may also be transferred from the original mounting position to other vessels, an operation which, the manufacturer states, can be done simply and quickly.

The barge-mounted windlass is equipped with a hydraulic cylinder that activates release of the windlass brake upon receipt of the signal. This is done by means of a solenoid- operated hydraulic valve, which upon activation by the radio signal, releases hydraulic fluid to the brake-release cylinder.

The wildcat begins to rotate, paying out cable, which operation is monitored by switch so that the amount of chain released may be observed. When a pre-set number of revolutions has been achieved (usually equivalent to 15 fathoms of chain), the solenoid is automatically de-energized, allowing the springset brake to return to the on position. The process may be repeated at any time by reactivating the transmit switch. An emergency stop control is included, enabling the windlass to be stopped at any point in the cycle.

An electric hydraulic power pack, power for which is derived from batteries, is mounted on the barge. A battery charger is provided to maintain voltage level.

For more information and free literature on the new system, write to Robert L. 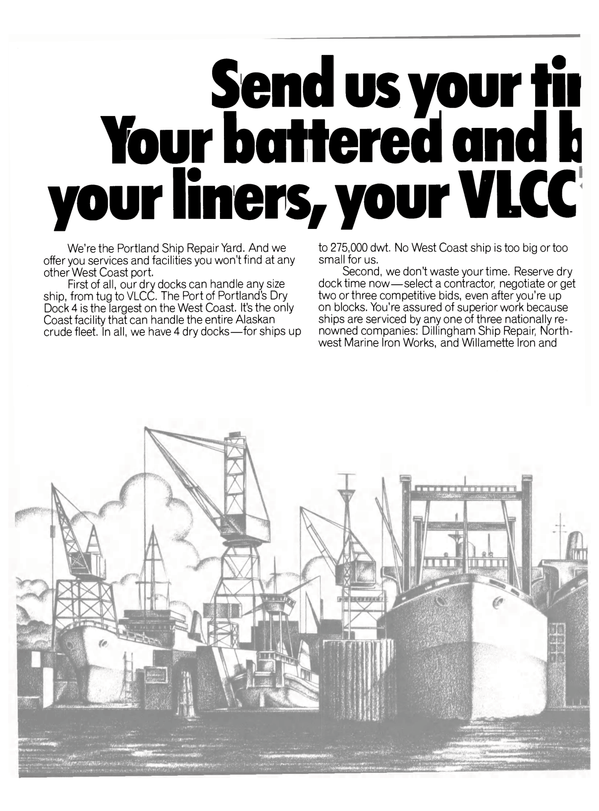