RCA Global Communications, Inc., selected as coordinator by the People's Republic of China to conduct a marine satellite test program, recently announced the successful completion of the tests.

The program, designed to evaluate China's use of the Marisat Satellite System, included a series of tests on telex, voice, data and facsimile services in a variety of shipto- shore, shore-to-ship and ship-to-ship configurations.

In a message to Eugene F. Murphy, president of RCA Globcom, Tsung Ju-Li, Director of China's Communications Engineering Institute, said that evaluation of the program showed that the tests had been satisfactorily completed. He added, "At the time that RCA Globcom was selected to coordinate the tests in August, we realized that many obstacles would have to be overcome to complete the tests." Mr. Ju-Li also advised RCA Globcom that China will be establishing a formal Marisat training program prior to its participation in the Marisat program in the near future.

Results of the tests were evaluated by China's Communications Engineering Institute and the China Electronic System Engineering Company. Magnavox Corporation provided the Marisat ship terminals utilized in the tests. 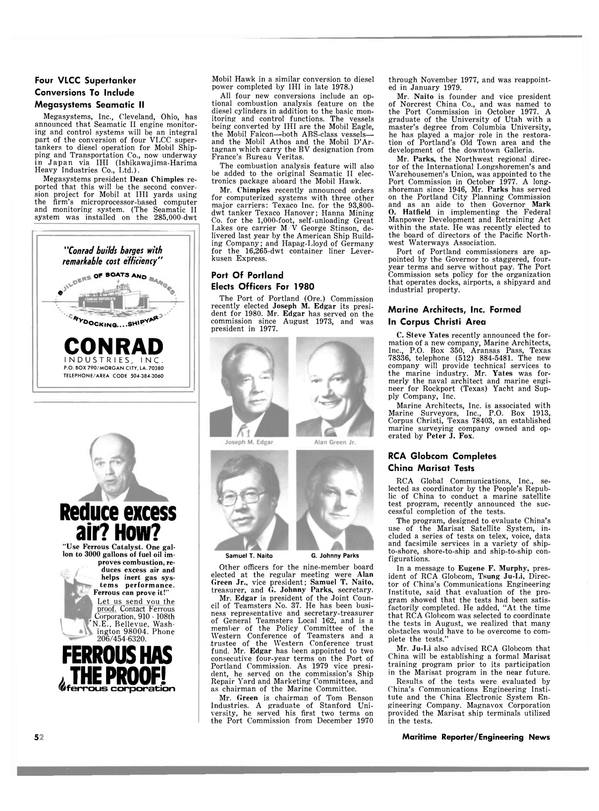