J.J. Krebs To Head Board Of Commissioners At Port Of New Orleans

Joseph J. Krebs Jr. has been elected to serve as president of the Board of Commissioners of the Port of New Orleans (La.) for 1980. He succeeds Roy J. Gross, who served as the Board's first president from St. Bernard Parish.

The Board also elected Leander N. Bubrig to the office of vice president, and J.W. Clark, secretary- treasurer. Mr. Krebs and Mr.

Bubrig are Jefferson Parish appointees on the Dock Board.

Mr. Krebs was appointed to the Board of Commissioners on November 22, 1976, and served as vice president during 1979. A native of New Orleans, he is president of J.J. Krebs & Sons Inc., Civil Engineers and Land Surveyors.

Following the election of officers, the Board confirmed the continued service of Edward S. Reed in the position of executive port director-general manager. 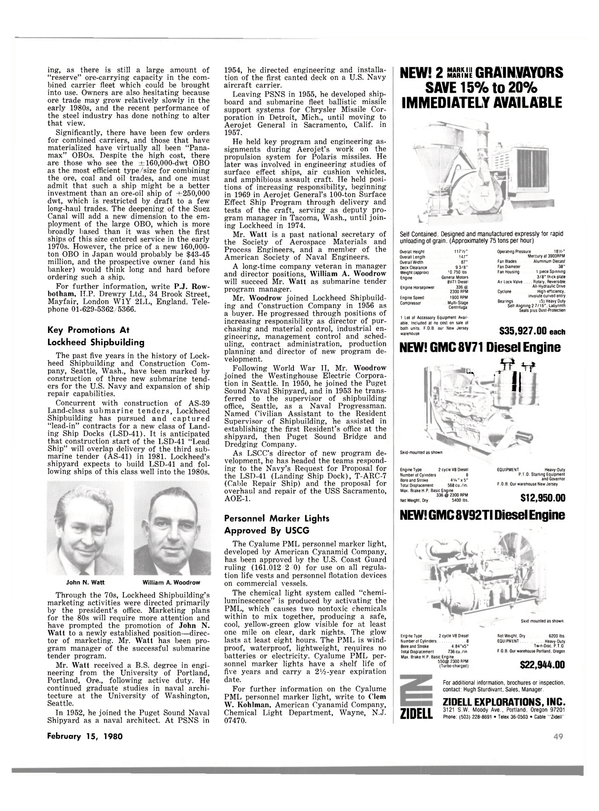 Read J.J. Krebs To Head Board Of Commissioners At Port Of New Orleans in Pdf, Flash or Html5 edition of February 15, 1980 Maritime Reporter