The Maritime Administration has commissioned a study to determine whether wind-powered ships could compete effectively with conventionally powered merchant ships, Assistant Secretary of Commerce Samuel B. Nemirow announced recently.

MarAd, an agency of the U.S.

Department of Commerce, awarded a $138,840 contract for the 12-month study to a team headed by f o r m e r shipyard executive Lloyd Bergeson, p r e s i d e n t of Wind Ship Development Corporation, Norwell, Mass. The group is to expand upon a preliminary study completed by the University of Michigan in 1975.

"The Michigan study concluded that a commercial sailing vessel was not then an economically feasible alternative for the American merchant marine, but said the figures were close," Mr. Nemirow said. "With the continued escalation in the price of fuel, we believe it is time for another look." He noted there are foreignpolicy as well as economic reasons for reducing the nation's dependence upon foreign oil. "Because it is pollution free and constantly renewed, wind power is an ideal candidate," he added.

Modern w i n d - p o w e r e d cargo ships most likely would empioy hybrid propulsion systems with auxiliary engines for use in calm seas, and to improve maneuvering capabilities in harbors and other restricted waterways. Aerodynamically designed sails made from synthetic materials, coatings to protect the ship's hull and reduce friction, and modern communications equipment which provides c o n t i n u o u s updates on weather patterns are among other possible departures from the sailing technology of the 19th century.

The Bergeson group was selected after evaluation of a total of six proposals submitted to Mar- Ad in response to an August 13, 1979, request for study ideas. 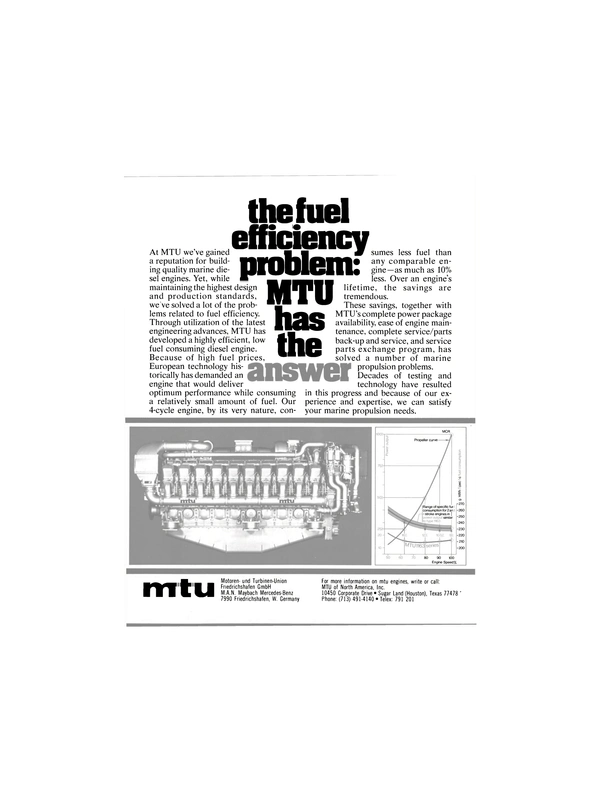