John E. Hundt has been elected president and a member of the board of directors of Ametco Shipping, Inc. Mr. Hundt also continues as director of traffic of Ametalco, Inc. Both Ametco and Ametalco are in 'the American Metal Climax Group of companies.

A graduate of the U.S. Merchant Marine Academy, and holder of an M.B.A. degree from the Wharton School of Finance and Commerce.

Mr. Hundt has served both in the U.S. Navy and merchant marine, and holds a Coast Guard license of chief mate, steam and motor vessels, any gross tons upon oceans.

He has extensive experience in the international and domestic maritime fields, having previously been associated with Moore-McCormack Lines, Grace Lines, and Allied Chemical Corporation.

Mr. Hundt is a member of the Kings Point Faculty-Alumni Committee, and Kings Point and Wharton Alumni Associations. He has served as a lecturer in the Graduate Division of the Baruch School, City University of New York, and as deputy faculty advisor to the City College Chapter of the Rho Epsilon Fraternity. 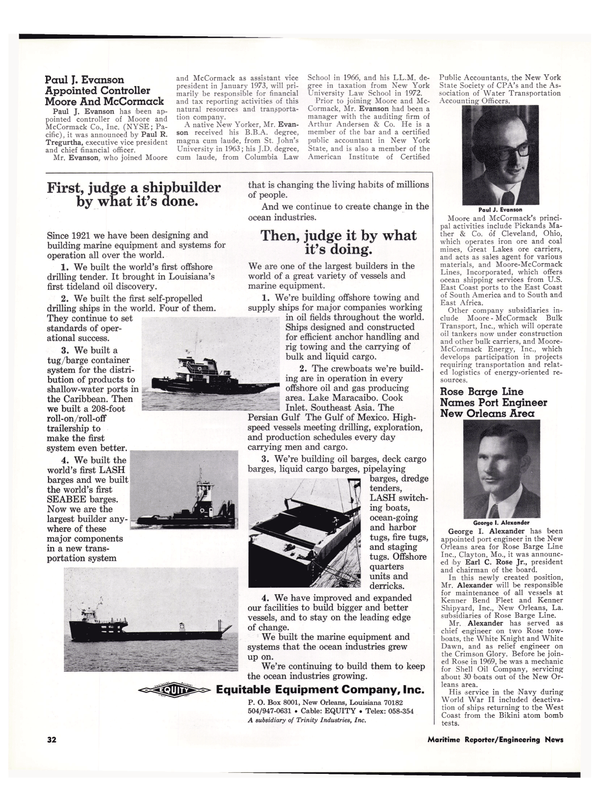