Company officials said the order is believed to foe the first received by a U.S. company for petroleum drilling equipment from the People's Republic since President Nixon reduced trade barriers between the two nations.

The order was received through the China National Machinery Import and Export Corporation following a visit of Rucker officials to China, and is for 20 land blowout preventer stacks. This equipment is used to control well bore pressure during drilling operations, and is a safety and environmental protection control preventing blowouts if high pressure pockets of gas or fluid are encountered.

Rucker Shaffer Division, located in Houston, Texas, will manufacture the equipment for delivery in the latter half of this year. Both ram and spherical preventers with high pressure gate valves will foe supplied. Four will be specially treated for high toxic, sour gas drilling conditions and will be equipped with rotating blowout preventers.

Rucker is the only major producer of all three basic ram, spherical, and rotating blowout preventers, and supplies them singly or in various types of combinations to suit a broad range of special requirements. The company's petroleum group divisions operate major facilities in Houston and in California, and manufacture special tools and equipment for deep high-pressure petroleum drilling and well production. 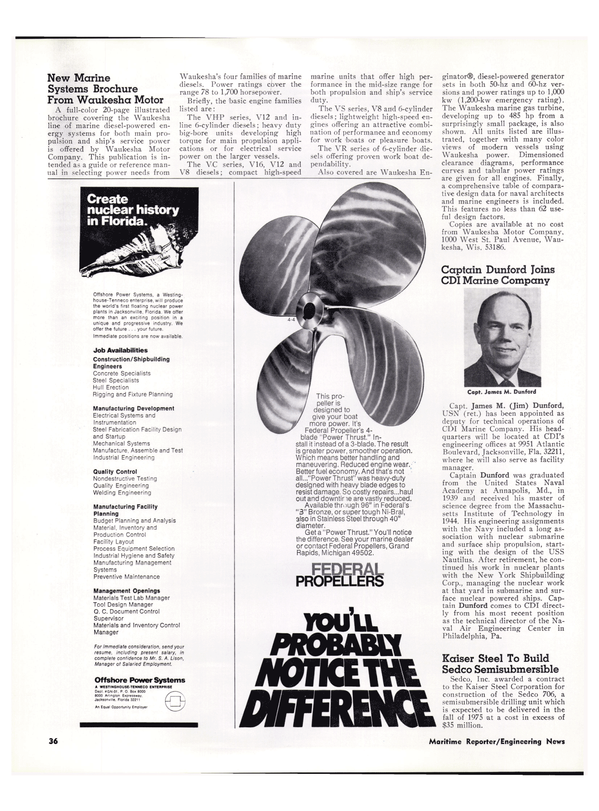