The two vessels, the Penn Champion and the Penn .Challenger, acquired through purchasing the stock of Penn Tanker Company from U.S. Industries, Inc., are 37,- 000 deadweight tons and 35,000 dwt respectively.

The purchase price was not disclosed.

Eleven additional new vessels will be delivered to Ogden Marine by 1977, increasing the fleet to 35 vessels exceeding two million dwt— of which more than 65 percent will be engaged in transporting oil, liquefied gas and refined products helping to solve the worldwide energy crisis.

These 11 ships have been entirely chartered out for periods ranging from 5 years to 15 years, and are a part of Ogden Marine's continuing program to own and operate a larger fleet of modern and efficient ships. 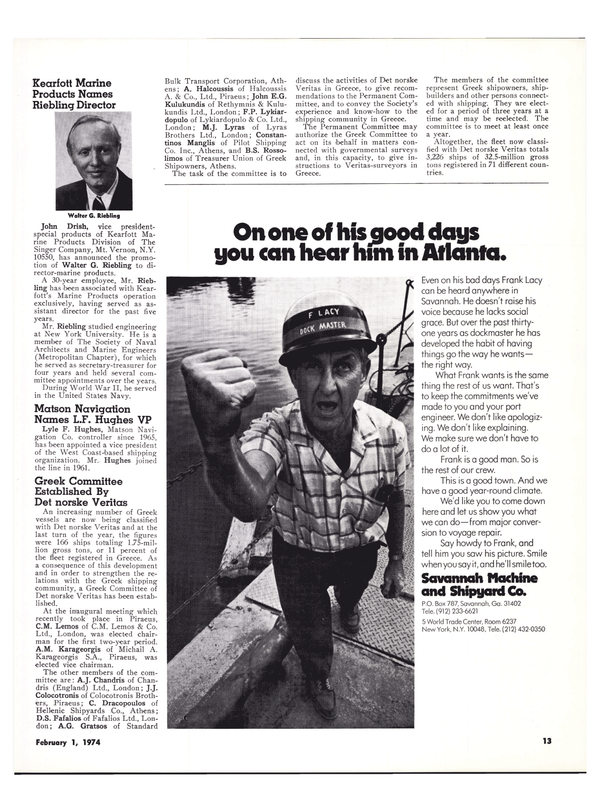