Fred T. Lininger, former president, has assumed the new post of chairman and chief executive officer of the worldwide maritime consulting firm, which has headquarters in New York and subsidiaries in several foreign ports and banking centers.

Dr. Wiswall graduated from Colby College, earned doctorates in law from both Cornell and Cambridge Universities, and is author of the Yorke Prize legal text "Admiralty Jurisdiction and Practice Since 1800." Before joining Liberian Services last year as a vice president, Dr. Wiswall practiced law with the New York admiralty firm of Burlington Underwood & Lord. He will continue to act as general counsel to Liberian Services.

A member of the bars of Maine, New York and the Supreme Court of the United States, Dr. Wiswall is also a fellow of the Royal Historical Society and is active in a number of professional bodies. He has often lectured in maritime and international law at the Cornell Law School, and has served as a delegate to several international diplomatic conferences on maritime affairs. He is a member of the Legal Committee of the Inter-Governmental Maritime Consultative Organization, a United Nations agency situated in London. 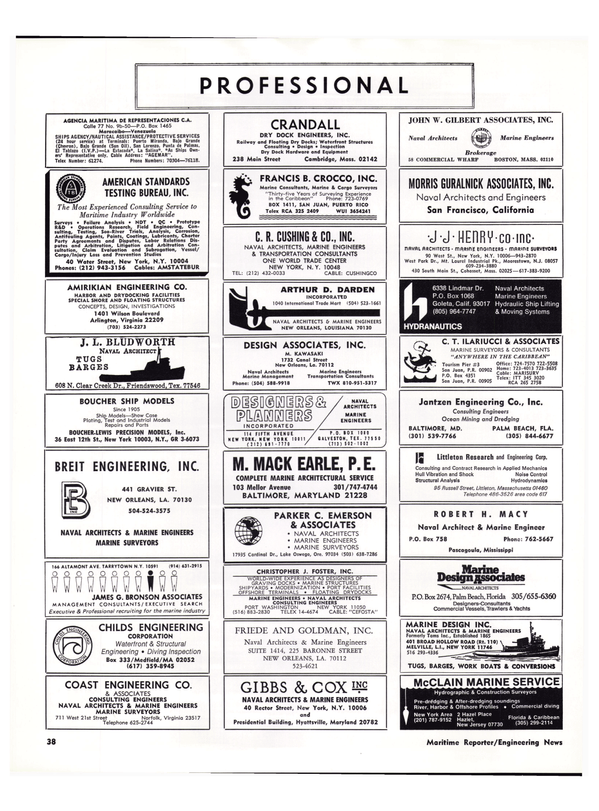