Lawson Products Corporation has been purchased for an undisclosed amount by Sasakura Engineering Co., Ltd. of Osaka, Japan, it was announced by Tetsugoro Sasakura, president.

Located at 70 Pine Street, New York, N.Y., since 1945, the Lawson corporate offices have been moved to 14 South Avenue, Media, Pa., near Philadelphia. Manufacuring operations will remain at a Long Island, N.Y., facility. Principal products are de-oilers used by the marine industry to remove all oil from steam condensate in turbine-driven ships and for oilwater separation in various refinery and industrial plant processes.

He was previously associated with Baldwin-Lima-Hamilton as section head, desalination plant engineering, from 1962. His other professional experience since graduating with an M.E. degree from Case Western Reserve University in 1956 was in heat transfer engineering with the Griscom-Russell Co. of Massillon, Ohio, which was acquired by BLH in 1962. 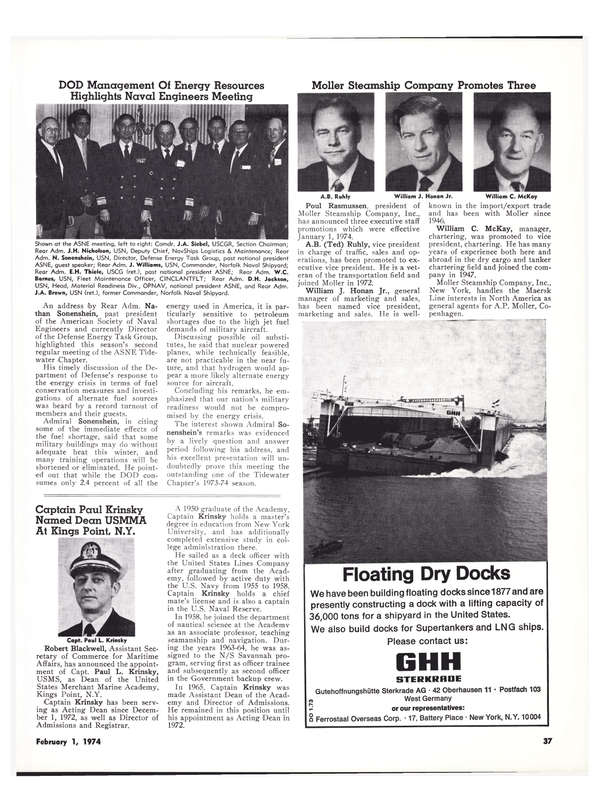