The "Detacouple" t r a n s i t i on joints were selected because they offer greater economy in installation than a mechanical joint.

The tankers are Ibeing built by the General Dynamics Corporation at its Quincy, Mass., shipyard. The cryogenic cargo tanks are being supplied by iPittsburgh-Des Moines Steel Company's subsidiary, World Southern Corporation, near Charleston, S.C. The first of the three tankers is scheduled for launch in mid-1975.

Each of the tankers will carry five spherical aluminum cryogenic tanks 120 feet in diameter. The tanks will be supported by 18-footlong aluminum skirts attached to the spheres at their equators and to the ship's structure at the top of matching steel skirts.

The joining of the aluminum and steel skirts will be accomplished using the "Detacouple" transition joints butted one against the other around the full 377-foot circum- ference of the skirts. The "Detacouple" transition joints will consist of -inch-thick 5083 aluminum explosion bonded to %-inch-thick normalized and impact tested steel plate with an interiayer of ^-inchthick 1100 aluminum. The explosion bonding process forms a metallurgical bond between the metals, which cannot be fusion welded directly to one another.

When the tankers are in use, the transition joints will bear both the weight of the filled cargo tanks and the dynamic forces created by the ship's motion at sea.

According to a General Dynamics spokesman, the "Detacouple" transition joints were selected for the tankers because it is easier and less costly to weld the transition joints than to flange the aluminum and steel skirts and join them with bolts or other mechanical devices. 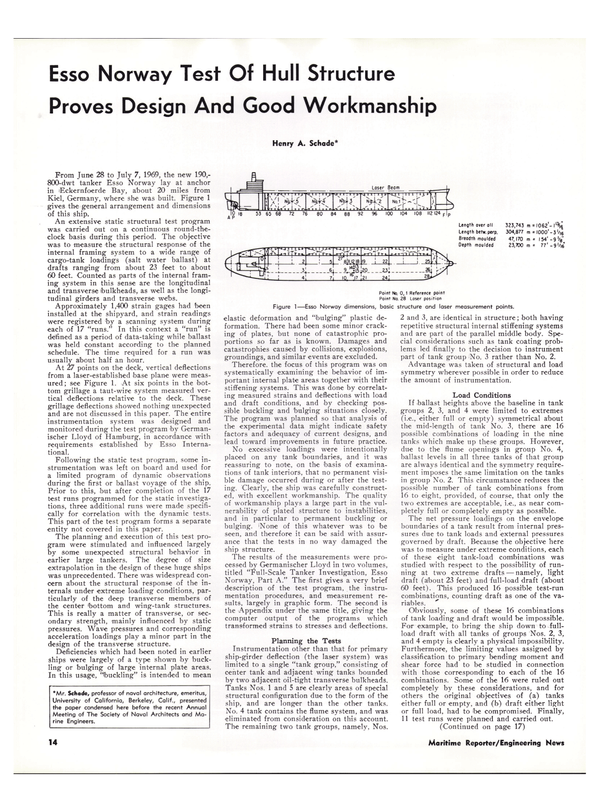