The S/S Coronado, the first of three NASSCO- designed Coronado class tankers under construction for Margate Shipping Company, is 688 feet 6 inches in overall length, has a beam of 90 feet, a depth of 47 feet, and is 38,300-deadweight tons. The propulsion is single-screw steam turibine and has a sustained full load speed of 16 knots. The latest in automation of operational controls is included in the design of the new ship.

The contract for these ships was announced personally by President Richard M. Nixon when he visited 'NASSCO on January 2, 1972, and was the first tanker contract awarded under the 1970 Merchant Marine Act that provided 'Government assistance for bulk carriers and encouraged shipyards to design and market high-performance ships.

Designed by NASSCO as the San Cl-emente oil carrier, the vessels will be 90,000 deadweight tons, 894 feet in length, 106 feet in beam, and 62 feet molded depth (the maximum size that can transit the Panama Canal).

The contract for these two tankers represents the sixth group of bulk carriers to be built under President Nixon's new Maritime Program at NASSCO and brings the company's backlog of work to be performed to about $500 million. 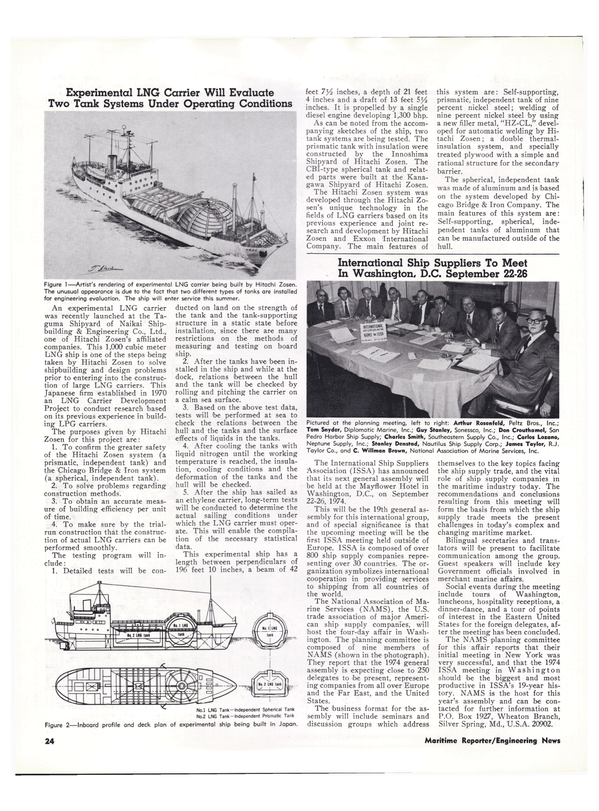