The equipment consists of cryogenic piping, flanges and related controls used for handling the LNG flow within the ships' storage vessels, which Kaiser is producing.

Each of the three ships will house five specially insulated aluminum tanks which will store the LNG at minus 260 degrees Fahrenheit.

John J. Connolly, Cordon chairtail shafts of from 3 % " diameter and up. Send us your specs and we'll be glad to submit recommendations for this application or another Syntron Marine Shaft Seal: man and president, said his firm's Cosmodyne Division, Torrance, Calif., will perform the manufacturing.

"This contract is especially significant as it represents our first major order for cryogenic equipment specifically to be used aboard LNG ships," said Mr. Connolly.

"The market for similar orders looks promising, as numerous LNG ships will ibe needed to transport this energy resource to the United States and elsewhere around the world." Avondale is building these three 900-foot-long tankers for subsidiaries of El Paso Natural Gas Company, which will transport LNG from Algeria to the U.S. East Coast. Cordon has provided cryogenic equipment and systems for numerous LNG import and export facilities and satellite and peak shaving plants throughout the world, and for nuclear power plants. In addition, the company provides logistical air support services to international petroleum companies. 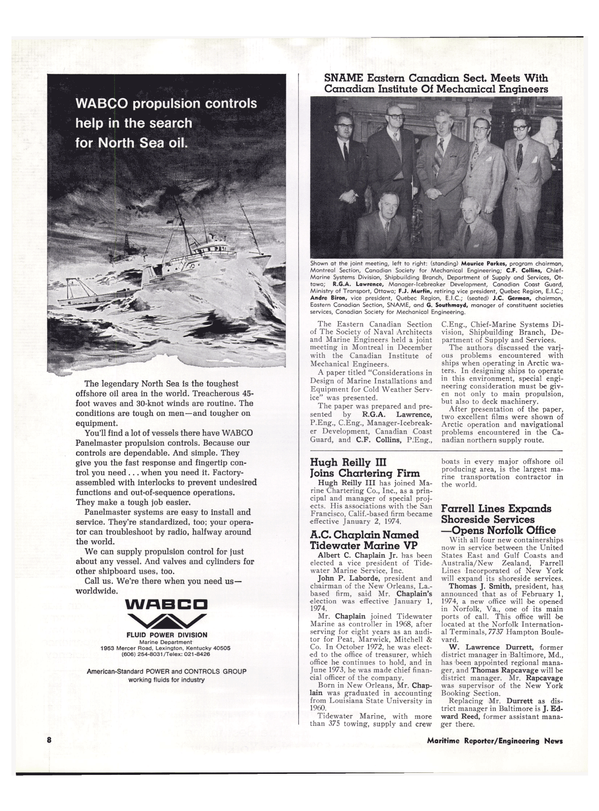